The sale is required under the terms of Alstom’s acquisition of Bombardier Transportation. 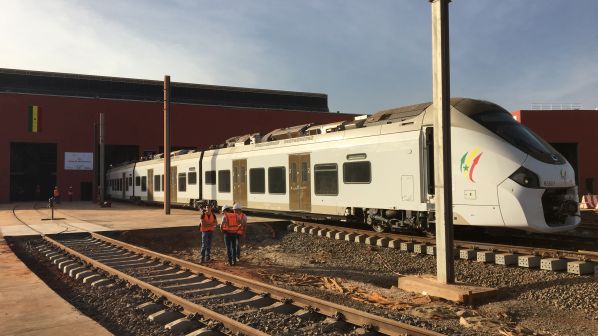 CAF will purchase the Coradia Polyvalent platform as part of the agreement.
Photo Credit: Alstom/Justine Rohee

ALSTOM has agreed to divest its Coradia Polyvalent platform, its Reichshoffen production site in France and its Talent 3 platform, currently developed in Hennigsdorf, Germany, to CAF. The divestment was set by the European Commission as a condition for the approval of Alstom’s acquisition of Bombardier Transportation in January.

With the exception of the contract to supply 17 Coradia Polyvalent bi-mode diesel and 25kV multiple units to Algeria, CAF will inherit all active commercial contracts for the two train platforms. Alstom says completion of this transaction and transfer of ownership is not expected to cause any interruption to project delivery activities and service provision to these customers.

One such deal is the supply of 14 hydrogen-electric Polyvalent trains to French National Railways (SNCF) for use by the French regions, confirmed in March. Alstom says that CAF will assume responsibility for design and manufacturing of the trains at Reichshoffen with Alstom supplying the hydrogen traction system.  “CAF will combine their skills as part of a consortium in order to offer Coradia Polyvalents H2 to customers,” an Alstom spokesperson said.

CAF says it is pleased with the transaction which will enable it to continue its development thanks to the skills and know-how of the sites. However, it said it would not communicate beyond the details included in the press release.

The requirements set by the commission also included:

Škoda had been the front runner to benefit from the divestment, with Alstom chairman and CEO, Mr Henri Poupart-Lafarge, telling IRJ in February that Alstom was in exclusive negotiations with the Czech manufacturer over the Coradia Polyvalent and Talent 3, the Reichshoffen and Hennigsdorf sites, and the signalling systems.

An Alstom spokesperson told IRJ following the announcement that “the aim was to find a single buyer for the Coradia Polyvalent platform, the sale of the Reichshoffen site and the Talent 3 product platform, while taking into consideration our employees and our customers. With this transaction we are confident that CAF will ensure sustainable employment and growth opportunities for those involved.”

Alstom and CAF say the divestment will be subject to the completion of the applicable social processes and consultations with employee representatives’ bodies as well as regulatory approvals. Closing of the transaction is expected between April and September 2022.