KCS shares move into voting trust where they will remain until the US Surface Transportation Board rules on the merger. 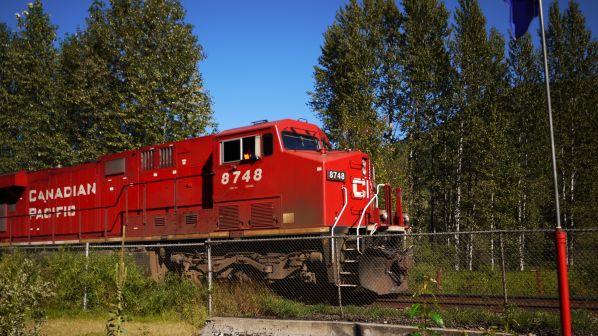 CANADIAN Pacific (CP) completed its acquisition of rival Class 1 Kansas City Southern (KCS) on December 14, following the approval of the merger by CP and KCS shareholders on December 8 and 10, respectively.

KCS shares have been placed into a voting trust until the Surface Transportation Board (STB) issues a decision on the Class 1’s proposed merger, Canadian Pacific Kansas City (CPKC), which is expected in the fourth quarter of 2022. Upon STB approval, CP and KCS said the railroads expect to achieve full integration over the next three years.

The merger was agreed in September, and STB confirmed that it approved the use of a voting trust for the transaction. Former KCS president and CEO, Mr Dave Starling will oversee the trust, “which ensures KCS will operate independently of CP,” CP said.

“Today is a historic day for our two iconic companies,” says CP president and CEO, Mr Keith Creel. “CPKC will become the backbone connecting our customers to new markets, enhancing competition in the U.S. rail network, and driving economic growth across North America while delivering significant environmental benefits. We are excited to reach this milestone on the path toward creating this unique truly North American railroad.”

“We are excited for the possibilities that will open to us through this combination with CP and we look forward to our next chapter,” said KCS president and CEO, Mr Patrick Ottensmeyer.

To fund the cash consideration of the merger, CP’s wholly-owned subsidiary Canadian Pacific Railway Company sold new debt of $C 2.2bn ($US 1.7bn) and $US 6.7bn, both of which are guaranteed by CP, the Class 1 reported. “The debt transactions closed on November 24 and December 2, respectively. CP expects to incur approximately $C 21m in interest expense in the quarter from the two issuances.”

On December 14, CP issues 262,597,106 new common shares as the share consideration under the terms of the merger agreement, resulting in approximately 721.4 million weighted average diluted shares outstanding in the quarter.

“During the period that KCS is held in voting trust, CP will account for its ownership under the equity method of accounting,” the railway says. “From December 14 onward, CP will report KCS’ earnings, adjusted for the amortisation of the fair value write-up, on a single line of CP’s consolidated statements of income.”

The January edition of IRJ, The Railway in 2022, will include insight on CPKC from Creel and Ottensmeyer.