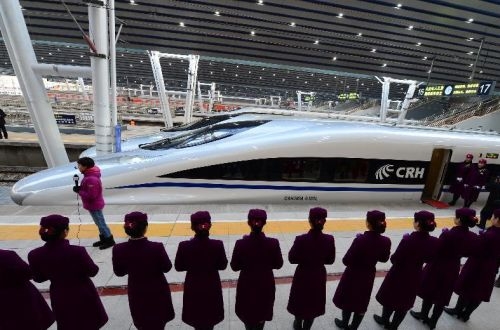 One of the first trains prepares to depart Beijing West for Guangzhou on December 26.
Photo Credit: Xinhua

These figures are included in report on railway development by China's National Development and Reform Commission (NDRC).

Mr Zhang Jiangyu, a transport specialist with NDRC, says 24,000km of new railway will be constructed during the next three years. Zhang predicts that work will start on the construction of 4500km of high-speed lines during the period.