China to invest Yuan 600bn in railway infrastructure in 2013

CHINA Railway Corporation (CRC), the state-owned body that has assumed responsibility for the former Ministry of Railways commercial activities, has announced a plan to raise fixed-asset investment to Yuan 660bn ($US 97.88bn) this year to boost railway construction. 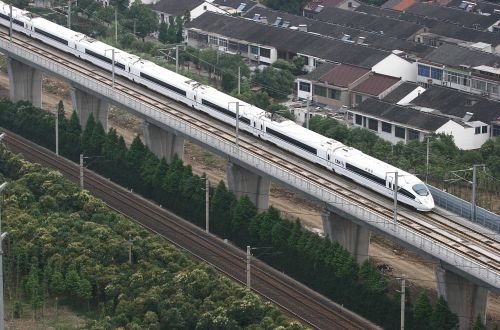 The new investment total is Yuan 10bn more than the investment target announced earlier this year and follows a Yuan 261.7bn investment in fixed railway assets in the first seven months of the year, a 16% increase year-on-year.

CRC says around 5500km of new railway lines will be placed into operation by the end of 2013 bringing the size of the conventional network to approximately 103,500km, while the high-speed network will exceed 10,000km.

CRC has also announced that bids in excess of Yuan 50bn have been received for locomotives, high-speed trains and freight wagons since it was founded in March.