THE total value of rail equipment exported from China surged by 22.6% to Yuan 26.77bn ($US 4.38bn) last year, according to statistics released this week by the General Administration of Customs (GAC). 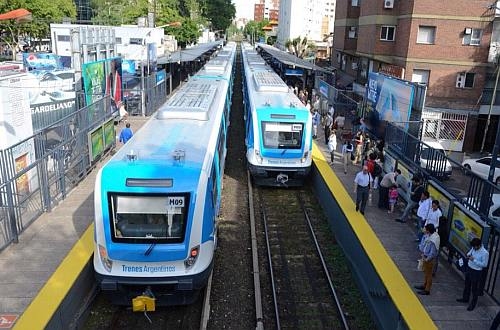 CSR has supplied suburban trains for the Mitre and Sarmiento lines in Buenos Aires.

Chinese equipment was shipped to more than 30 countries, with the largest markets being southeast Asia (Yuan 3.84bn), Argentina (Yuan 3.45bn), and Australia (Yuan 3.35bn). The products of state-owned companies including CNR and CSR accounted for more than 70% of exports in 2014.

The value of locomotives rose by 13.3% to Yuan 15.45bn, while multiple units, light rail vehicles, coaches and wagons soared by 47%.

China's international railway equipment business has grown substantially in recent years from just $US 80m in 2001, with average annual growth of more than 34% over this period.

Chinese railway construction contractors are also making headway internationally. According to the Foreign Investment Department of the Ministry of Commerce, Chinese companies were involved in 348 overseas rail projects last year, an increase of 113 compared with 2013.