CMA CGM set to buy Gefco and expand rail use

French shipping firm set to buy the freight logistics business after Stellantis completes buyback of Russian Railways’ 75% stake later this month according to reports in the French media. 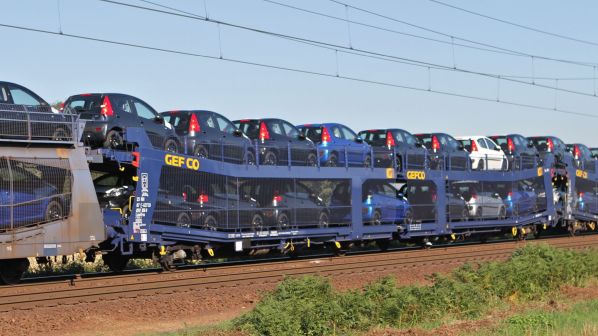 GEFCO, the logistics arm of Stellantis (Peugeot-Citroën-Fiat-Chrysler group), is to return to French ownership by April 11 with French shipping line CMA CGM poised to acquire the business for €450-500m, according to reports in the French press.

Gefco is set to buyback Russian Railways’ (RZD) 75% share in the business, which it acquired from PSA Peugeot Citroën, which merged with Fiat Chrysler to form Stellantis last year, for €800m in 2012. With RZD subject to economic sanctions following Russia’s invasion of Ukraine, Gefco says that running its business had become “extremely difficult due to our shareholding structure.”

There is no indication yet of how CMA CGM will finance its subsequent Gefco acquisition.

Gefco provides logistics for Ford, Renault, Skoda, Toyota, Nestlé and Electrolux, and runs around a dozen block trains per week in France, delivering finished cars from Mulhouse and Sochaux to distribution depots.

CMA CGM, based in Marseille, is increasingly returning to the use of rail transport and launched of the “Duisburg Ramp” container train service on January 24-25. This train connects with the company’s maritime services, linking the eastern and western basins of the port of Marseille with Duisburg in Germany.

The Marseille-Mourepiane (Med Europe Terminal) - Duisburg (Duisburg Trimodal Terminal - D3T) service is operated by DB Cargo. Weekly capacity is announced as 105 TEUs for the transport of 45-foot Pallet Wide High Cube containers. A second service with a weekly capacity of 96 TEUs, entrusted to Europorte, runs between Fos and Duisburg with a stop in Lyon.