CEF contribution is at maximum level of 85%. 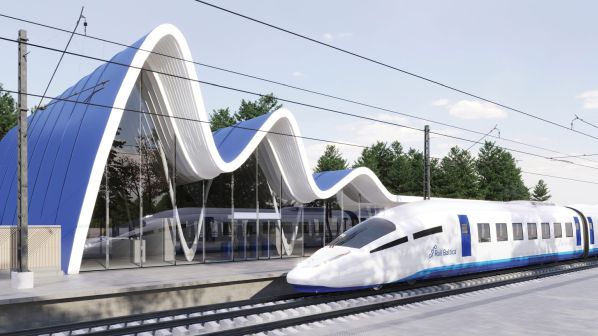 RB Rail has announced the signing of a funding agreement to provide €422.6m for the Rail Baltica project that it is implementing, including a contribution of €353.9m from the European Union’s (EU) Connecting Europe Facility (CEF).

The CEF grant represents 85% of the total funding, the maximum possible contribution according to RB Rail. The remainder of the €422.6m will be provided by the governments of Estonia, Latvia and Lithuania.

The latest funding agreement covers priority tasks which will be undertaken in 2023, including the completion of design for the Rail Baltica main line in Lithuania and the section from the Polish border to the Kaunas urban node.

Design work will be completed for the Kaunas urban node, the main line and regional connections between Kaunas and Vilnius, and the Vilnius urban node itself. The funding also covers part of the compensation due for land that is required to build the new railway.

In Latvia, work will start in 2023 to build the main line on the priority section near the Lithuanian border. Detailed technical design will be undertaken for a construction base at the Skulte infrastructure maintenance facility on the northern section.

Work to build the formation of the Rail Baltica main line will be undertaken in Estonia, as well as design works to mitigate the environmental impact of the section from Pärnu to the Latvian border, notably measures to protect the capercaillie bird.

The funding will also be allocated to activities to ensure cross-border technical interoperability, including Notified Body (NoBo) and Assessment Body (AsBo) services for design and construction work.

Work will be undertaken to analyse appropriate models for construction procurement on the cross-border sections of Rail Baltica.

“This is the eighth CEF action supporting the implementation of Rail Baltica and the first grant awarded to this important project in the 2021-2027 financing period,” says Mr Morten Jensen, head of unit at Cinea.

“Today we live in times of increased economic uncertainty resulting from the geopolitical crisis, continuous price fluctuations and volatile construction material availability, and it is more important than ever to ensure tight cross-border cooperation between the partners in the three Baltic countries to deliver the Rail Baltica and maintain its position amongst the top priority high-speed infrastructure projects in the European Union,” says Mr Agnis Driksna, CEO and chair of the management board at RB Rail.

“Rail Baltica is no longer a necessity, it is an obligation, and the additional financing granted will allow us to meet the critical targets and further advance with Rail Baltica construction and delivery as a united Baltic project.”