Agreement with Croatian manufacturer is part of a strategy to make rail more reliable and attractive. 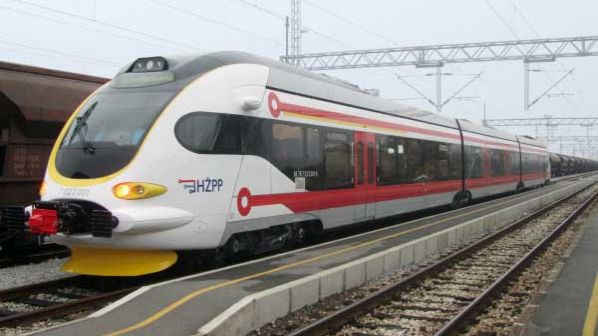 CROATIAN Railways (HŽPP) has announced that domestic manufacturer Končar will deliver the first of seven new DEMUs within the next 24 months as part of a continuing programme of improving service quality on non-electrified lines.

The modernisation of the Croatian railway system is a key focus of the Ministry of the Sea, Transport and Infrastructure and the government in general, and Gospočić says that in the next 10 years significant funds will be invested in the renewal of rolling stock and rail infrastructure to improve the attractiveness and reliability of public transport.

The new 120km/h three-car low-floor DEMUs will be equipped with ramps for the entry and exit of people in wheelchairs and space for bicycles. The trains will have a capacity of 167 seated and 175 standing passengers and will be fitted with a modern heating and cooling system and video surveillance. Station stops will be announced on displays and via loudspeakers, and free Wi-Fi will be provided for passengers.

Ukić says that there are currently six new DEMUs in operation and that the order for seven more trains will help to raise the quality of service on non-electrified lines, as well as ensuring lower operating costs and a reduction in environmental pollution.

“Given that 63% of railways in Croatia are not electrified, as part of the Operational Programme Competitiveness and Cohesion 2021-2027, additional procurement of trains for these railways is planned,” he adds. “The preparation of a study is underway, which will also include the modernisation of train maintenance workshops in addition to the trains.”

HŽPP has introduced 40 new trains into service in recent years with 70 new trains expected in traffic by 2025. In addition, as part of the National Recovery and Resilience Programme 2021-2026, HŽPP will acquire two prototype battery trains for use on non-electrified lines along with six sites for charging traction batteries.