THE world's largest train builder, China's CRRC Corporation, has posted a 6.85% increase in profit "attributable to the owner" and a 61.2% jump in overseas revenue for the six months up to June 30. 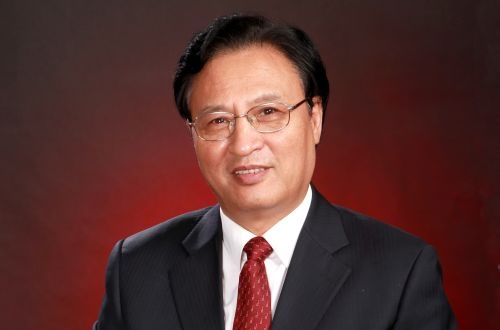 This is the first set of financial results – albeit interim unaudited figures - published by CRRC since it became a legal entity on June 1 following the merger of CNR and CSR. First-half revenue increased by 6.26% to Yuan 91.8bn ($US 14.4bn) compared with the combined performance of CSR and CNR for the first half of 2014. Gross profit for the first six months grew by 17.17% to Yuan 19.5bn while after tax profit increased by almost 13% to Yuan 5.67bn. Profit attributable to the owner amounted to just under Yuan 4.7bn.

CRRC has four main businesses. Railway equipment, which accounts for more than half of total turnover, saw a 1.7% drop in first-half revenue to Yuan 47.36bn. Rapid transit vehicle and infrastructure income grew by 9.45% to Yuan 9.3bn. Income from new business, which includes non-rail products such as generators and automobile equipment, increased by 49.4% to Yuan 20.94bn, while income from services fell by 9.5% to Yuan 14.2bn.

CRRC reported very strong first-half growth in exports which increased by 61.2% to Yuan 11bn. Exports accounted for 12% of total first-half sales compared with just under 8% for the first half of 2014. Overall sales in mainland China increased by a more modest 1.5% to Yuan 80.7bn.

CRRC says it has successfully completed trial production of a standard 350km/h EMU and an inter-city multiple unit. A coal hopper wagon with a 100-tonne payload is under trial manufacture, while a 30-tonne axleload aluminium-alloy open wagon is also being developed.

CRRC has created a Sino-US Institute of Rail Transit in cooperation with universities, and will break ground on September 5 on a new factory in Springfield, Massachusetts to manufacture 284 metro cars for Boston. CRRC has also opened a new joint-venture rolling stock plant in Turkey and a factory in Malaysia to serve the Asean market.

CRRC's chairman and executive director, Mr Cui Dianguo, says during the second half the company will develop the international market, step up its efforts on joint overseas expansion, proactively promote overseas investment and mergers and acquisitions "to develop into a multinational corporation with a global enterprise."