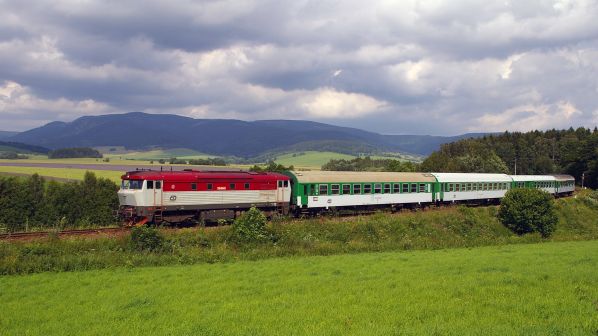 The operator cites a reduction in demand for both passenger and freight services during the period, resulting from restrictions imposed during the Covid-19 pandemic, as the primary cause of the loss.

ČD has also reported a reduction in passenger numbers of around a third year-on-year for the first half of 2020, compared with the same period in 2019, with passenger numbers falling to 59 million. This resulted in an estimated loss for ČD’s passenger division of Korunas 1.92bn ($US 85m).

Distances travelled per passenger also reduced during the period to 2.56 billion passenger-km for the first six months, with an average of 43km per trip.

ČD also reports a fall in demand for freight following the imposition of international border restrictions and an overall slowdown in industrial production both at home and internationally.

The operator says that its freight division incurred a loss of Korunas 44m, but that it managed to minimise the negative impact of the pandemic in the sector through the implementation of cost-reduction and rationalisation measures.

However, ČD says that despite pandemic-related disruption, ČD Cargo has continued to successfully expand into international markets such as Poland, Austria, Germany and Slovakia, which it credits with providing the business with increased stability and resilience.

“After the introduction of measures to reduce the spread of the disease, the number of passengers on our trains initially decreased by more than 90% compared with normal levels,” says Mr Václav Nebeský, CEO and chairman of ČD. “Due to the need to maintain sufficient capacity and frequency to minimise the impact to the country’s economy, it was not possible to significantly reduce costs. However, revenues fell to a minimum.”

“Although the gradual easing of restrictions subsequently led to a revival of interest in travel, we did not reach last year’s numbers, especially in international transport, where there is a significant lack of foreign tourists.”

Despite the challenges, ČD says that it will continue to invest in the modernisation and expansion of its rolling stock. This includes the purchase of a new fleet of Skoda RegioPanter two-car EMUs, as well as a tender for 40 electric locomotives announced in July for use on national and cross-border services from 2023.

“Investments in the vehicle fleet are also taking place on an ongoing basis in freight transport, where this is a basic and necessary condition for the ongoing expansion abroad,” says Nebeský.