THE European Commission has allocated €160m from the Cohesion Fund to support track doubling of the 17km Sudoměřice u Tábora - Votice line in the Czech Republic. 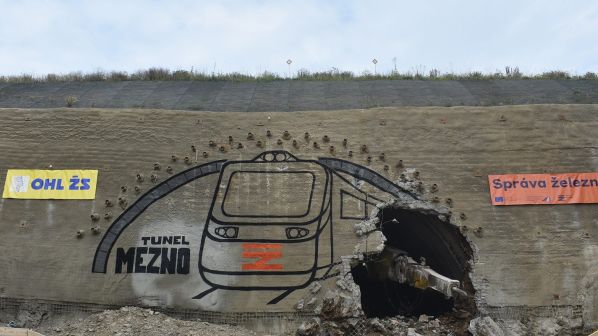 The Mezno tunnel was bored through in August 2020.
Photo Credit: SZ

The new line will largely deviate from the existing alignment, reducing the length by 2km and will help to reduce journey times between Prague and České Budějovice to around an hour. The total cost of the project is Koruna 7.16bn ($US 330m) of which the EC is contributing Koruna 4.2bn.

The EC says improvements on the corridor will promote modal shift from road to rail for traffic travelling between Prague and Southern Bohemia. Work is expected to be completed in 2023.

The corridor improvement project began in 2005 with improvements from Ševětín to Soběslav, Doubí u Tábora - Sudoměřice u Tábora, Votic - Prague-Hostivař and improvements to track at the České Budějovice railway junction already completed. Work continues on introducing a four-track section between Prague-Hostivař and Prague-Vršovice along with modernisation of the section from Soběslav to Doubí near Tábor. Work is also planned to upgrade the Nemanice - Ševětín section.