GERMAN Rail (DB) has recruited investment bank Lazard to explore options for its Arriva passenger rail and bus subsidiary, including a stock market listing, while it is also looking at the future structure of its DB Schenker railfreight division. 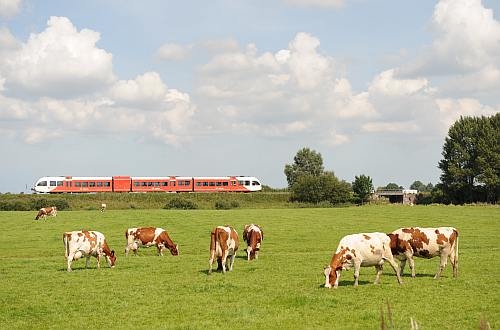 According to Reuters, Lazard will prepare a feasibility study for the potential listing of Arriva, which DB's supervisory board wants to use for the discussions on the company's future at a meeting in December.

With DB facing increasing competition from private concessionaires on regional routes and long-distance buses following market liberalisation, the appointment is further evidence that the railway is looking at other ways of raising money. Its operating profit fell almost 6% in 2014 to €2.1bn, with 40% of this coming from its international operations.

DB has also reportedly recruited consultants McKinsey to explore future options for its DB Schenker railfreight division. In addition to a potential listing, according to German television station n-tv, a report from the "Future Rail" group, which includes McKinsey, is recommending cutting back DB's freight operations through up to 5000 job cuts, or a third of the company's workforce.

The result could mean that services to economically weak states like Mecklenburg-Vorpommern are abandoned completely while the operation of single wagon loads may be significantly reduced.

The proposals will be finalised ahead of December's board meeting at which point DB's board is expected to vote on the proposals.

DB refused to comment on the n-tv story, although a Reuters source says listing both divisions could allow DB to show how much of the group's value lies in the two subsidiaries.

"That may show that it is actually a large part and that may prompt a re-think of the whole group strategy," the source said.

The moves come after DB's disappointing first half results announced in July, which was followed by a major restructuring of its board, and the departure of DB Schenker CEO Mr Alexander Hedderich.