DB has unveiled bold plans to double its turnover by 2020 and increase annual capital spending by nearly 27% during the next nine years. Reporting from Berlin, David Briginshaw explains the key objectives of DB's new strategy. 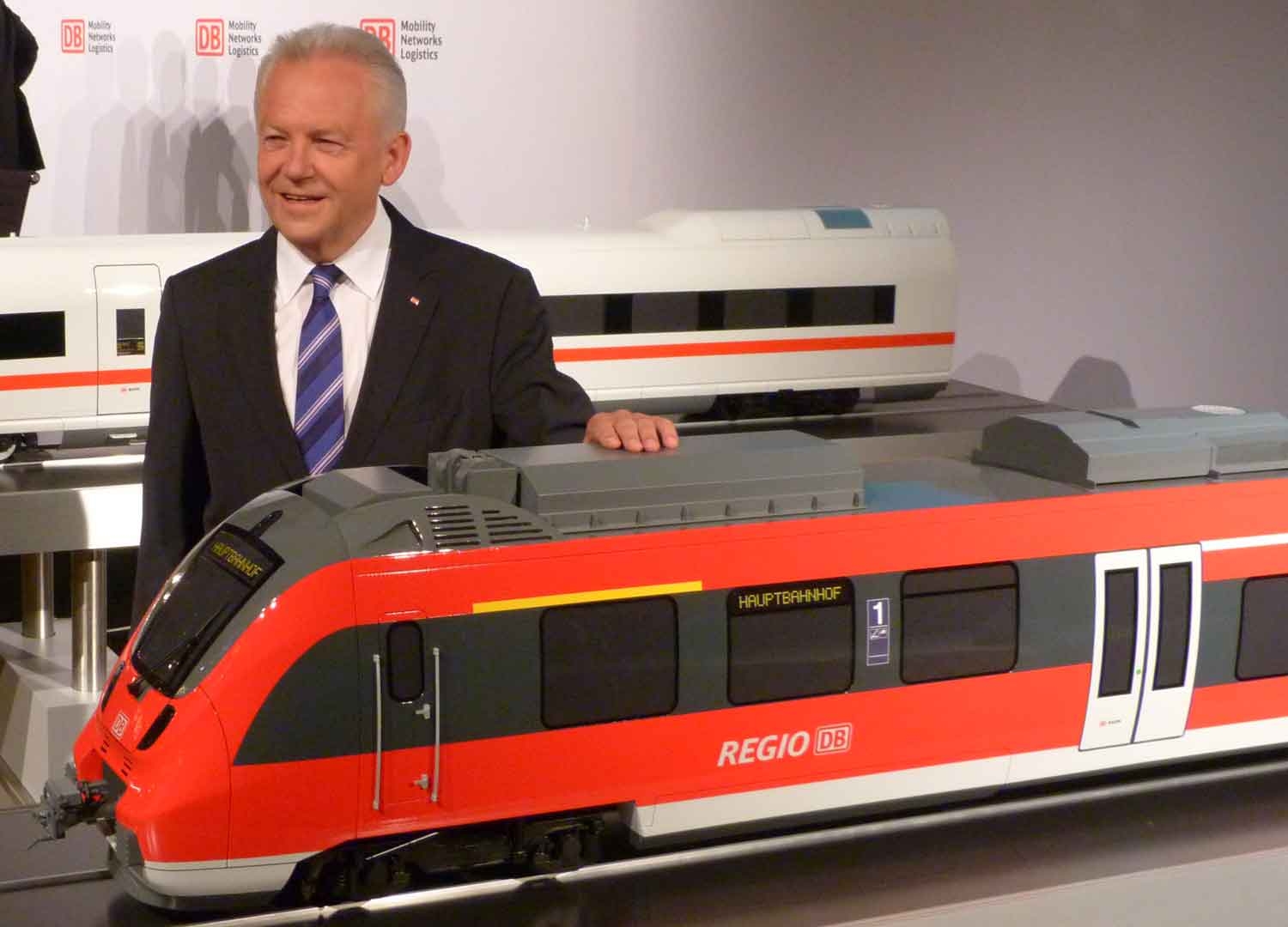 SPEAKING at German Rail's (DB) annual financial results press conference in Berlin on March 29, CEO Dr Rüdiger Grube revealed plans for an ambitious new strategy for the next nine years. The objective of "DB 2020" is to double turnover to €70bn, compared with the situation in 2010, and to invest €86bn. This represents an average annual investment of €9.55 billion, which equates to a 26.7% increase compared with 2011, and 38.6% above 2010 levels. Grube says DB will fund €34bn of the total amount from its own resources, and more than 90% of the investment will be made within Germany.

DB says about 75% of its investment programme, or €64.5 billion, will be directed at infrastructure, with most of the remaining €21.5 billion going towards modernisation of its long-distance passenger fleet.

"We want to become the profitable market leader, we want to be one of the top 10 employers in Germany, and we want to be an absolute pioneer when it comes to the environment," Grube says. The goal is to achieve at least

Grube says the new strategy is the result of a thorough examination of DB's current strategic direction and a long internal dialogue with its executive staff and many employees. Grube also says the new plan is based on firm foundations as DB is currently the market leader in Europe

in local rail passenger transport and railfreight, where it is four times larger than its closest competitor, and holds the number two position in long-distance passenger traffic.

Nevertheless, Grube recognises that DB faces a number of challenges. The German population is shrinking and aging, which means there is an increasing shortage of skilled workers. Last year, DB hired 10,000 new staff, which is the greatest intake since 1994, and it will need to recruit between 5000 and 7000 employees a year in Germany alone during the rest of the decade.

This explains why DB wants to be ranked among the top 10 German employers so that it can attract the best recruits.

To succeed in the future, Grube says: "We need excellent quality, top-qualified employees who can inspire our customers, and products that preserve the environment."

Grube says that it is no longer enough to simply say: 'we are ecological because we are a railway.' "We want to be an environmental pioneer," he declares. This means reducing noise, consuming fewer resources, and cutting CO2 emissions by a further 15% by 2020. "We have decided that by 2020 renewable energy should generate 35% of our traction current in Germany. By 2050 we want to increase this figure to 100% and only use green energy to power our trains," says Grube.

DB is already moving in this direction as it signed a contract worth €1.3bn last year to purchase about 900kWh of hydroelectric power. It has also linked its power supply network to a third wind farm, and it is supporting the construction of what DB claims is the world's first hybrid power station which will generate electricity from wind, hydrogen and bio-gas. "By 2020, we want to be a railway that's safe, clean and solid or simply a likeable railway," says Grube.

Despite the current financial crisis, DB is optimistic about the decade ahead and forecasts strong growth in all the sectors in which it is active. Globally, DB predicts growth rates of 100% in contract logistics, 80% in deep-sea freight, and 60% in air freight. Closer to home, DB foresees a 35% increase in railfreight and 10% growth in passenger rail within Europe.

But Grube believes the composition of the market will change: "In the future a market worth many billions of euros will be reshuffled as national markets are liberalised, public transport companies are privatised, and obligatory tender procedures become more widespread. In short, the pace of change is accelerating further."

Grube says 2011 was a very good year for DB: "We successfully stayed on the growth track we had returned to following the economic and financial crisis." Turnover increased by 10.1% to a record-breaking €37.9bn. "Within two years, since the global financial crisis in 2009, our business has grown by €9bn," he says. Adjusted Ebit rose by 23.7% to €2.3bn, while DB managed to improve its return on capital employed from 6% to 7.3%, which Grube describes as a major step forward.

Railfreight grew strongly in 2011 recording a 5.8% increase in tonne-km to 111.98 billion, although DB says there was a little cooling off towards the end of the year as the economy slowed down.

In contrast, passenger transport grew by just 0.8% to 79.2 billion passenger-km. However, while regional and urban rail passenger traffic grew by 2.6%, long-distance passenger fell by 1.3%. This is due to one-off events in 2010 which boosted traffic, namely the Icelandic volcanic ash clouds and a pilots' strike which severely disrupted air travel, coupled with the end of the military draft in Germany in July 2011 and a great number of construction projects on the railway which curtailed traffic.

DB clearly benefits from the strength of the German economy, which is faring much better than many other European countries, and from its DB Schenker global logistics business. It is also starting to reap the rewards from its takeover of bus and rail operator Arriva.