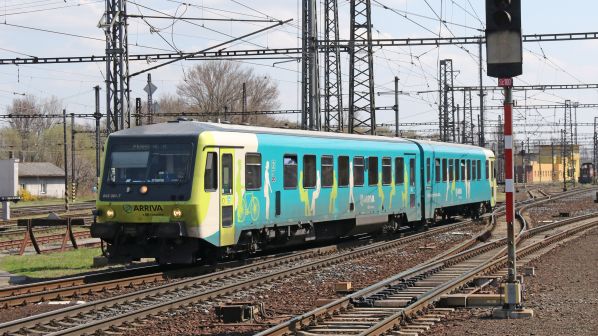 In remarks widely reported in local media, Lutz says DB would sell a minority stake via a share listing in May followed by further sales over the next three years. Previous reports found that any such share offer would take place on the Amsterdam stock exchange.

DB announced plans to sell DB Arriva in March in response to a recommendation by the German government’s Federal Court of Auditors for DB to reduce its debt or at least minimise future borrowing. However, Reuters reports that the terms of the sale will not be discussed at DB’s supervisory board’s December meeting.

The prospective sale reportedly attracted a wide range of bidders according to media reports in recent weeks, although none reportedly wanted to acquire the Northern Rail franchise in Britain, and many had only offered to buy parts of Arriva, leaving the rest with DB. Uncertainty caused by Brexit, Arriva’s pension liabilities and the status of the Northern franchise depressed the price bidders were willing to pay to a point where it was substantially below the current book value of €4bn.

DB paid €1.9bn to acquire Arriva, which was listed on the London Stock Exchange, from its shareholders in 2010. Under DB ownership Arriva has invested heavily in acquiring multiple bus and rail operations across Europe and currently operates buses and/or trains in 14 countries.

Local media has also reported that DB is set to offer a bond next year with the goal of raising up to €3bn.