DB Regio to replace Erixx and Transdev in northern Germany 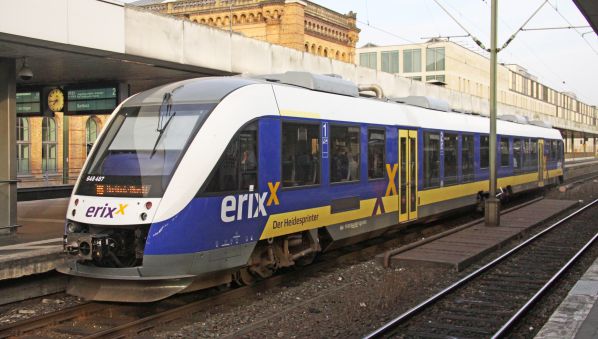 The contract, which was tendered in 2019, combines two previous contracts with the aim of improving reliability and punctuality. LNVG is working in cooperation with regional governments in Hanover, Hamburg and Bremen, plus transport authority Westphalia-Lippe Local Transport (NWL) in neighbouring North Rhine Westphalia

The contract which is for a minimum of 4.38 million train-km annually runs for eight years from December 2021. DB will operate and maintain the existing Lint DMUs provided by LNVG. The tender required that staff currently employed on the contracts will be offered the opportunity to transfer to the new operator.

Erixx, owned by East Hanover Railways, which is majority owned by Netinera, the German subsidiary of Trenitalia, was established for the Heidekreuz contract which began in 2011.