DB Group hopeful of better figures in 2022 but warns of uncertainty due to Ukraine crisis. 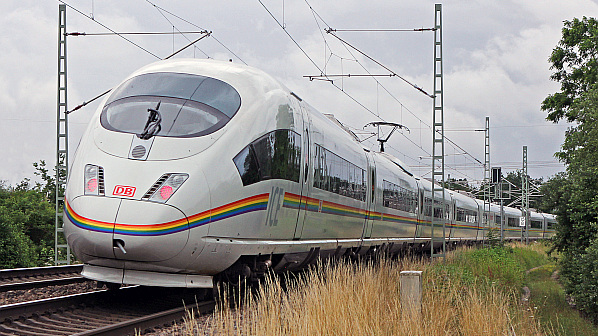 GERMAN Rail (DB) recorded an operating loss of €1.6bn in 2021 despite a double-digit percentage growth in revenues which exceeded the level achieved in 2019.

DB Group revenues rose 18.4% year-on-year to €47.3bn in the 2021 financial year and DB says it intends to generate operating profits again starting this year when it expects to report revenues of more than €48bn.

DB says 82 million passengers used its long distance trains in 2021 compared with 81 million in 2020. Revenues from its core business grew with DB Schenker, the company’s logistics subsidiary, recording an Ebit of €1.2bn, the highest in its history. This helped to stabilise the DB Group’s financial position.

In 2021 DB Cargo increased its freight carried by 6.3% and its volume sold by 7.9%. The volume produced on DB’s rail network rose by approximately 4% to 1.1 billion train-km.

At DB Regio volumes remained stable. Order books for regional and local services were full, totalling €93.6bn as of December 31 2021, which is a 10.5% increase compared with 2020 and higher than pre-pandemic levels.

DB CEO, Dr Richard Lutz, says that the second year of the pandemic has made several things clear including that people want to travel by train and that companies want to shift more road traffic to rail. “And policymakers want to continue supporting this shift,” he says.

DB has warned that there remains a great deal of uncertainty associated with any forecast due to the impact of the war in Ukraine and other developments.

DB says that punctuality in passenger services fell by 1.4 percentage points to 93.8%. Long distance trains had an on-time rate of 75.2% compared with 81.8% in 2020. DB highlights irregular events including flooding and strikes by the German train drivers’ union GDL as reasons for this.

DB has agreed with the German government to cover half of the pandemic related losses in its core business itself by 2024. In 2021 DB saved more than €1bn on general, administrative and personnel expenses.

For detailed data on German projects, subscribe to IRJ Pro.