DB to sell minority stake in Arriva and DB Schenker

GERMAN Rail (DB) confirmed following an extraordinary meeting of its supervisory board in Berlin on May 4 that it will proceed with the sale of a minority stake in its international passenger business Arriva and logistics subsidiary DB Schenker, while DB Mobility Logistics (DB ML) will be merged the holding company DB AG. 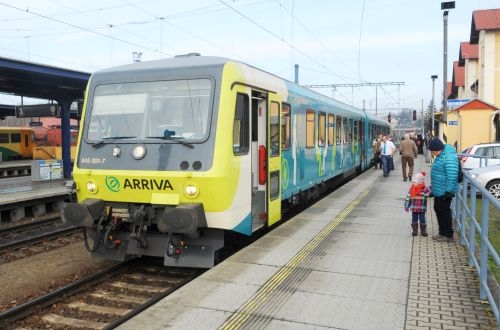 DB's supervisory board has instructed the management board to develop an implementation plan for a third-party minority holding in Arriva and DB Schenker with the aim of reaching a final decision on the proposed sale in the autumn.

In a statement, DB said the measure would "financially secure the largest quality and investment campaign in the company's history" and provide a basis for the growth of Arriva and DB Schenker. Between 2016 and 2020 DB plans to invest €55bn, 90% of which will be spent on rail operations in Germany. Of this amount, €20bn will need to be financed by the group itself.

"If we don't take action, the group's debt will increase substantially by 2020," says supervisory board chairman Professor Utz-Hellmuth Felcht. "A third-party equity interest limits the level of debt and creates the financial scope necessary to continue the quality and investment campaign in Germany."

As part of the restructuring of the group, the supervisory board has also decided to dissolve the two-tier holding structure of DB AG and DB ML, which will be merged into a single entity. The merger will apply retroactively to the balance sheet from January 1 2016. DB says it has made the decision because the DB ML IPO, which was cancelled in 2008 due to the global financial crisis, is no longer being pursued.