STRIKES in December 2019 by employees of French National Railways (SNCF) against proposed pension reforms in France caused a €690m drop in revenue and an operating loss of €614m for SNCF in 2019. 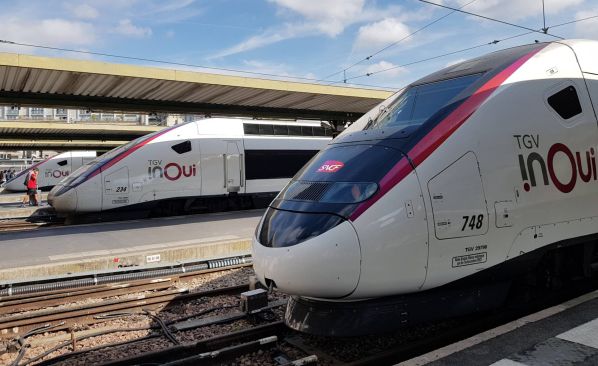 The strikes began on December 5 and by the end of the year SNCF had suffered 27 strike days which the national railway says took a “heavy toll on SNCF Group’s business and results.”

“For operations, this represented a full-year €614 Ebitda loss, taking into account both the direct cost of the strike and exceptional measures taken by SNCF to limit the impact on its customers - daily adjustments to timetables and service, the SNCF app, passenger assistance at railway stations, substitute bus services, alternative travel, and a host of promotional offers and reimbursements,” SNCF says.

Despite the strikes, SNCF achieved a 5.1% increase in revenue in 2019 to €35.12bn. High-speed services, including Eurostar and Thalys, recorded a 4.2% increase in turnover on a 4.1% increase in traffic, while traffic on TER regional services rose by more 9%. SNCF’s passenger subsidiary Keolis achieved a 10% revenue growth in 2019 with an 18% jump in international business, particularly in Australia, Britain and the United States compared with just a 2% rise in France.

SNCF’s rail freight business continued its downward spiral in France, worsened by the December strikes. However, this was offset by growth outside France to achieve an overall traffic increase of 7.1%. “Revenue from SNCF Fret operations declined in 2019 amid a bleak grain market, a slowdown in the automotive sector and weakening demand for steel in Europe, while the December strikes exerted significant downward pressure on both business volumes and results,” SNCF says. “VFLI, Captrain and other rail freight subsidiaries took action to cushion the impact of the strikes in H1 2018 and regain lost momentum in France and on international markets. Despite these efforts, the December 2019 strike dealt another blow to results, especially in France. Acquisitions in Spain and Belgium helped to put the business on a sounder footing.”

Total investment rose from €8.87bn in 2018 to €9.87bn in 2019 of which SNCF funded €5.24bn itself. Out of the total, infrastructure manager SNCF Network invested €5.6bn in 2019, including €3.1bn to upgrade the Paris commuter network, improve level crossing safety and improve access for people with reduced mobility. Another €2.1bn was invested in major projects such as a new national control centre, the extension of RER Line E to the west of Paris, and the Charles de Gaulle Express scheme. SNCF expects to invest more than €11bn overall this year.

SNCF says its Prisme initiative reduced safety events by 21% in 2019 and has improved safety by 50% since it was launched in 2015.

“2020 marks a milestone for the new SNCF, a public limited company with public capital and the parent company of a unified public group, which replaced Epic SNCF - our former structure - on January 1,” says Mr Jean-Pierre Farandou, chairman and CEO of SNCF Group. “This transformation couldn’t be more timely: today rail transport is not just a market of the future, it’s vital for quality of life: SNCF plays a central role in people’s lives. And given the challenges of climate change and the urgent need for regional, social and economic development, we can and must continue to act.”