BRITAIN’s Department for Transport (DfT) has confirmed to IRJ that Arriva was also disqualified from bidding for the East Midlands passenger franchise along with Stagecoach ahead of awarding the franchise to Netherlands Railways subsidiary Abellio. 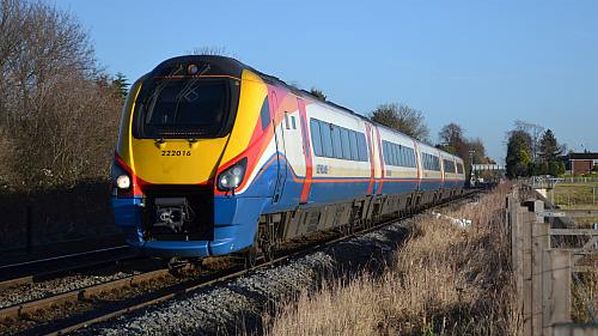 Both Arriva and Stagecoach were disqualified from bidding from the East Midlands franchise.

This means that Abellio was the only remaining bidder for the East Midlands franchise, as Stagecoach and Arriva were disqualified and a joint venture of First Group and Trenitalia had already withdrawn from the competition in April 2018 to concentrate on their bid for the West Coast Partnership franchise.

“Arriva chose to propose significant changes to the commercial terms for the East Midlands contract, leading to a bid which proposed a significantly different deal to the one on offer,” the DfT told IRJ in an emailed statement. “The result is that they are responsible for their own disqualification from the competition in line with the terms of the published ITT.”

Arriva expressed surprise that the DfT had confirmed its disqualification from the East Midlands franchise. Arriva was unable to comment as its parent company, German Rail (DB), plans to either sell Arriva or list it on the stock exchange through an IPO.

The South Eastern franchise tender is also in trouble as the DfT is currently negotiating an extension to the existing contract with Govia until November with the option of a further extension to April 2020. Only two bidders remain in the competition: South Eastern Holdings, a joint venture of Abellio, East Japan Railway (JR East) and Mitsui, and London and South East Passenger Rail Services, a subsidiary of Govia.

“We are making an extension to the current South Eastern franchise, via a short-term contract, to allow more time to finalise the competition,” the DfT told IRJ. “This is part of a robust scrutiny of the bids to ensure we deliver value for money for passengers and taxpayers.”

The South Eastern franchise is unusual in that it will be run by a joint team from the operator and infrastructure manager Network Rail.