BRITAIN’s Department for Transport (DfT) has exercised its option to extend the Emergency Measures Agreement for the Great Western Railway (GWR) franchise until June 26 2021. 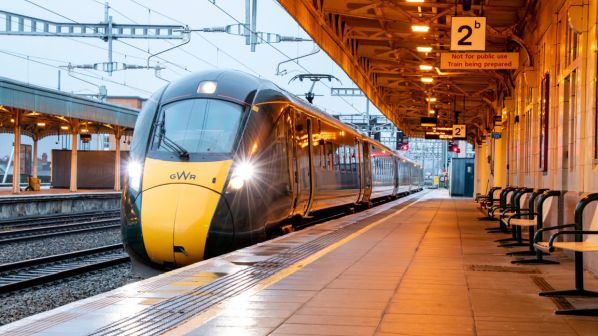 The DfT has extended the Emergency Measures Agreement for GWR until June 2021.

In March, the DfT extended the GWR franchise until March 2023, with a possible one-year extension, and agreed terms with First Group, GWR’s owner, for a six-month Emergency Measures Agreement (EMA) which expires this month.

The EMA is designed to protect franchisees from the huge reduction in traffic and revenue following the coronavirus pandemic and to allow them to continue to operate train services. Under the GWR EMA, the DfT waives GWR’s revenue, cost and contingent capital risk and pays GWR a fixed management fee with the potential for a small performance-based fee.

The DfT has an option to extend the EMA beyond June 26 2021. “GWR also has the right to revert to operating with revenue risk but with protection provided though the Forecast Revenue Mechanism until at least 2023,” First Group says. “The franchise agreement also makes provision to agree a revenue rebasing which would apply at the end of the EMA term.”

First Group says its support and performance bond commitments associated with GWR are each £10m, and the amount of cash ring-fenced within GWR was £266m on March 31 2020, out of a First Rail total of £612m for all of its franchises.

“GWR’s existing EMA was signed on the same day as the new franchise agreement in March, and the DfT’s option to review the EMA formed part of that contract,” First Group says. “This process and timing are different from our other three rail franchises which were already on established franchise agreements before adopting EMAs in response to the pandemic. Discussions are underway with the DfT about these franchises which are under EMAs until September 20.”

The DfT told IRJ that announcements about extending the EMAs for other operators will be made in due course.

“Across the network we are increasing service levels to provide more capacity as schools recommence and work and leisure facilities reopen, and we are taking all necessary steps to ensure our passengers continue to travel safely,” says Mr Matthew Gregory, First Group’s CEO. “This includes running services with more carriages to allow for distancing, enhanced cleaning and sanitisation of our trains and ensuring more customer-facing employees are readily available.”