THE European Commission (EC) has awarded an €80m grant through the European Union’s (EU) Cohesion Fund for the construction of a tunnel and two viaducts, as part of a project to track double the line between Divača, in western Slovenia, and the Port of Koper on the northern Adriatic Sea. 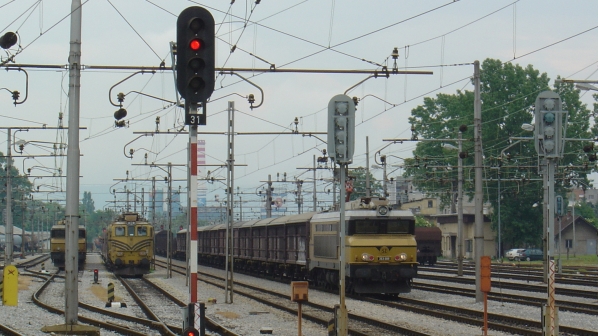 The project is expected to cost around €1.2bn, and will result in the creation of 27.1km of new double-track. Construction, which is being carried out by state-owned construction firm 2TDK, began in March 2019. The project is currently scheduled for completion in 2025, and will open to traffic the following year.

The work is expected to significantly increase capacity on the route, with the two tracks expected to provide a combined capacity for 231 trains per day, carrying 43.4 million tonnes of freight per year.

The route is part of the Mediterranean Trans-European Transport Network (TEN-T) core route, which is planned for completion by 2030. The existing 44.6km single track line between Divača and Koper opened in 1967.

The grant follows the approval of a €250m loan for the project by the European Investment Bank in May 2019.

“This EU investment is necessary for the improvement of rail connectivity in the Port of Koper, which is a crucial hub for freight and passenger transport with Central Europe,” says Ms Elisa Ferreira, commissioner for cohesion and reforms for the European Commission.