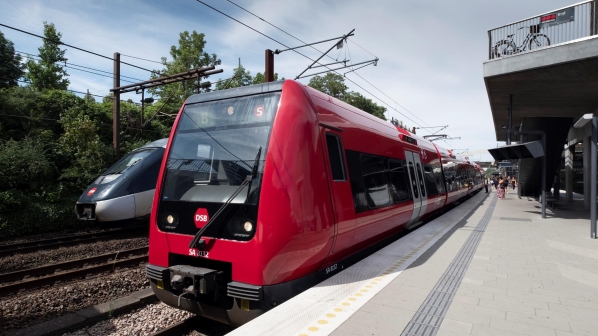 DSB says the decline in the adjusted profit before tax for the period is due to lower passenger revenues and declining revenues from passenger traffic contracts, in addition to increasing costs related to replacement transport provided when services were disrupted. This has been partially counterbalanced by reduced expenses for consultants and lower staff costs. DSB says 2017 was also positively impacted by DKr 22m in compensation from the Swedish government for the now-terminated checks at the Swedish border.

DSB says passengers on the Coastal Line have been particularly hard-hit by partial line closures for track renovations and other works, with the difficulties compounded by problems with the rolling stock and delays with trains travelling from Sweden.

DSB recorded a total of 137.2 million journeys, a reduction of 1.5 million journeys, with S-trains, long-distance and regional services all affected. The decline on the S-Train was primarily due to large maintenance works, particularly on the Frederikssund Line.

Despite that, customer satisfaction was eight out of 10, on par with previous periods.

In July, DSB began a programme to improve its IC3 fleet, including reupholstering the seats, installing new carpet and wall linings, updating pictograms and installing a new sound-absorbent plate in the luggage rack. DSB’s IR4s, double-deck coaches and S-train fleet are also due to be upgraded as part of the programme.

In addition to open tenders for approximately 150 new electric trains, DSB also plans to purchase 40-56 coaches, which are expected to be deployed for passenger operations from the beginning of 2022.

The purchase of new rolling stock is planned to integrate with infrastructure manager Banedanmark’s roll-out of ERTMS and the electrification of the main lines.