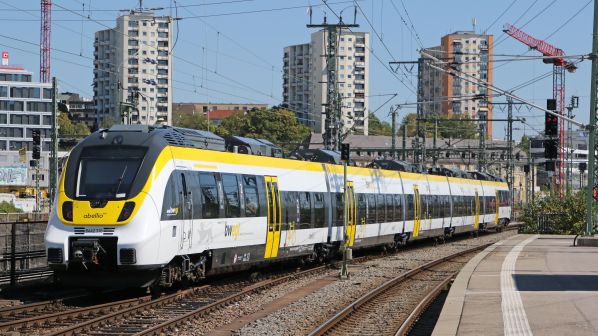 DUTCH finance minister, Mr Wopke Hoekstra, has urged prime ministers of five German states, which have contracted Netherlands Railways (NS) subsidiary Abellio to provide regional passenger services, to increase payments to the operator, which is risking insolvency and may be unable to continue the contracts.

The states concerned are North Rhine-Westphalia, Baden-Württemberg, Lower Saxony, Saxony-Anhalt and Thuringia. In his letter Hoeskstra reportedly said intensive discussions with the regional authorities concerned had so far “not led to changes to the long-term transport contracts and adequate compensation.”

Reports of potential insolvency for Abellio in Germany are not new and it is clear the situation remains bleak.

The intervention of the Dutch government has not been well received by German States.

This week in Baden-Württemberg, transport minister, Mr Winfried Hermann (Greens), rejected the argument that the contracts needed revising, saying that changes are only legally permitted “to a very limited extent, if at all." Hermann did say his officials were willing to engage in further talks with Abellio, which has faced a string of issues with contracts it operates around Stuttgart, specifically relating to a lack of train crew and late delivery of Talent EMUs by Bombardier (now Alstom).

In North Rhine-Westphalia where Abellio has several contracts including parts of the S-Bahn and RheinRuhr Express (RRX) networks as well as cross-border services into the Netherlands, transport authority VRR told the media that while it is aware of Abellio’s financial problems, there was no immediate threat of operations ceasing. In Saxony-Anhalt, negotiations on increased payments to Abellio began in September 2020 but are yet to produce a result.

Cost inflation, and the loss of passengers due to the pandemic in the few contracts that rely on fares rather than transport authority income, have become major issues across the German market. Some industry observers say that if Abellio was to fail, other companies might follow, and conversely that if it agrees additional funding that other operators will seek the same.

In some previous situations where German regional operators have ceased operation there has been long running disruption until a replacement operator is found.