The funds will allow UZ to address critical liquidity needs. 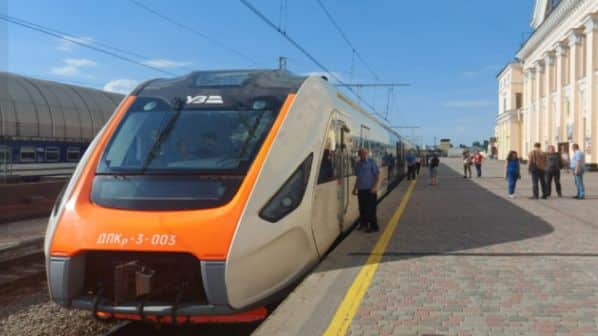 THE European Bank for Reconstruction and Development (EBRD) is repurposing a further €98.8m of an existing €150m loan to Ukraine Railways (UZ) to allow the operator to address critical liquidity needs, ensuring vital passenger and freight services continue to be operated in the wake of the Russian invasion.

EBRD agreed in June to repurpose an initial €50m of the loan, which was initially provided for a project to upgrade and electrify part of the UZ  network. The EBRD will now repurpose €73.3m of the existing undrawn commitment and €25.5m of uncommitted financing to extend its emergency liquidity support. The loan will remain sovereign guaranteed.

Despite the impact of the war, UZ has maintained freight and passenger operations, but at reduced capacity. As of August, UZ had evacuated more than 3.8 million people from areas affected by the fighting and had delivered around 180,000 tonnes of humanitarian aid.

EBRD says the closure of Ukrainian ports by a Russian naval blockade further highlighted the importance of rail to maintain Ukraine’s agricultural exports, which are needed to maintain global food security.

The EBRD has already pledged to invest €1bn this year in supporting the Ukrainian economy, with risks shared with donors and partners. The €98.8m repurposed for UZ is expected to be supported by up to 50% guarantee coverage from a G7 donor. The earlier €50m loan was supported by the European Union’s European Fund for Sustainable Development (EFSD).