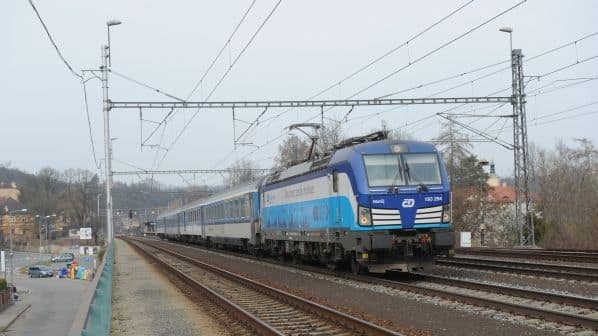 The validation has come after the Czech government notified the EC that it plans to support operators of, firstly, rail passenger and freight transport and secondly, urban public transport such as light rail, trolleybus and cableway systems which use electric power.

The Czech scheme has an estimated total budget of Koruna 4.4bn ($US 185.4m) and will run until the end of 2026. The aid will take the form of an exemption for transport operators from the renewable energy resources fee included in the bills of electricity consumers and which finances renewables energy generation in the country.

After considering these measures under state aid rules, the EC has agreed that the scheme will contribute both to improving the environmental performance of rail and urban transport and to meeting the objectives of the commission’s Sustainable and Smart Mobility Strategy and the European Green Deal.

“This €180m scheme will allow the Czech Republic to support electric traction, which is a more environmentally-friendly mode of rail and urban transport compared to diesel-fuelled vehicles,” said EC executive vice-president in charge on competition policy, Ms Margrethe Vestager. “It will help the Czech Republic meet the European Green Deal objectives, while reducing the burden of rising electricity costs for transport operators, passengers and freight customers.”

The latest EC decision follows its the July 2021 approval of a €45m Czech scheme to provide additional support to rail freight operators using electric traction in the form of direct grants.

In May this year Czech Railways (ČD) reported a loss of Koruna 1.6bn for 2021 following difficulties caused by the Covid-19 pandemic, whereas by contrast ČD Cargo reported a profit of Koruna 289m before tax (LINK to IRJ May 10 2022 story]. However, even at that stage ČD Cargo board chairman, Mr Tomáš Tóth, warned of the effects of having “to deal with an unprecedented rise in energy, fuel and other input prices, including interest rates, which is placing a heavy burden on us” while reinforcing the message that rail freight was a greener alternative to road haulage.