The funding will cover losses incurred between March and June 2020. 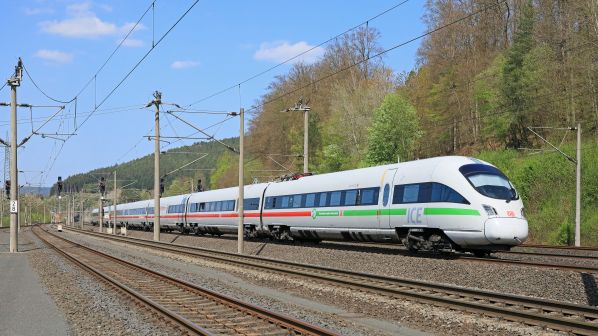 “We continue working closely with Germany and all other member states to ensure that national measures to support all sectors that were hit by the crisis, including the rail sector, can be implemented as quickly as possible, in line with EU rules,” says European executive vice-president in charge of competition policy, Ms Margrethe Vestager.

DB requested a €4.5bn equity increase in May 2020, with the government proposing a €5bn lump sum in June 2020. However, this was protested by private operators who called for cross-sector support. The government subsequently allocated €3.076bn to reduce train path costs, which was subsequently approved by the EC, with the remaining €1.374bn still to be approved by commission which has requested further evidence of the financial damage caused to DB Long Distance after June 30.

“The EU’s competition watchdogs are once again making it clear that they will not be put under pressure,” says Mofair president, Mr Tobias Heinemann. “The approved emergency aid for the first lockdown for DB Long Distance is still too lavish in our view. An economically operating company should have either adjusted its operation to match demand or sought an emergency award from the federal government according to transparent criteria. But cost-consciousness no longer seems to play a role at DB. In view of the stop sign from Brussels, the federal government should now reallocate the remaining €1.4bn which was applied for but not approved into cross-company aid for the rail sector.”

DB Long Distance carried only a third of passengers between March and June compared with the same period in 2019 following the introduction of measures to control the Covid-19 pandemic. This resulted into high operating losses and a significant decline in revenues for the company during that period. These losses were covered by DB at the end of 2020 in accordance with the profit and loss transfer agreement between DB and DB Long Distance. The German government then notified the commission that was was planning a €550m equity injection into DB to compensate the company for covering these losses.

The commission assessed the measure under Article 107(2)(b) of the Treaty on the Functioning of the European Union (TFEU), which enables the commission to approve state aid measures granted by member states to compensate specific companies or sectors for damage directly caused by exceptional occurrences.

In estimating the amount of damage due for compensation, the measure also considers track access reductions for long-distance passenger transport that DB Long Distance is expected to receive through the scheme approved by the commission on July 30.

The commission says the approval includes a “claw-back mechanism,” under which the public support received by DB in excess of the actual damage suffered will have to be returned to the German government.

In May, the German government announced it would provide an additional €1bn for the country’s 16 federal states, taking its total support for local and regional rail services to €7bn.