AN investigation by the European Commission (EC) has found that Romanian state-owned freight operator CFR Marfa received €570m in illegal state aid, comprising a debt write-off and failure to collect debts from the railway undertaking, beginning in 2010. The operator must now pay this amount back to the government, with interest. 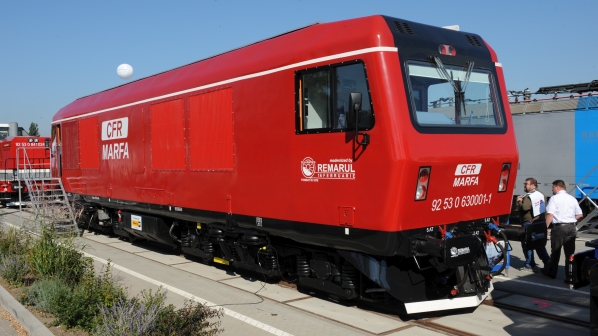 “Certain public support measures in favour of the state-owned incumbent CFR Marfa have given them an unfair economic advantages vis-à-vis other operators,” the European commissioner for competition, Ms Margrethe Vestager, says. “They consist of the cancellation of public debts and the failure of public creditors to collect debts from the company. This is in breach of European Union (EU) state aid rules.”

The railway market in Romania was liberalised in 2007 and became highly competitive with the introduction of new private rail freight operators, some of which were able to build a large market share.

Most of these new entrants were united under the Association of Romanian Private Rail Freight Operators, who in March 2017 officially filed a complaint with the EC alleging that CFR Marfa was receiving illegal state aid.

The EC launched an investigation into whether measures taken by the Romanian government in favour of CFR Marfa, which had been in economic trouble since 2009, were in line with the EU state aid rules.

However, regarding the other measures identified, the EC found that the government acted in its capacity as a public authority rather than a shareholder of the company.

Even if the government had acted in its capacity as shareholder, making the private market economy operator test applicable, the EC decided that no private operator would have written-off its debt or abstained from actively enforcing the repayment of debts for years without sufficient monetary compensation.

The EC concluded that the state aid from the government to CFR Marfa created an unfair economic advantage for rail competition.

The EC says the decision is not a penalty, but is designed to rectify the situation. CFR Marfa will also have six months to repay the fee instead of the usual four.

As the company was in deep financial trouble, state intervention could have been taken under the EU’s ‘Rescue and Restructuring Guidelines,’ which would have set out a restructuring plan to ensure the company’s long-term viability. Under the plan, CFR Marfa would have contributed to the restructuring costs, and the process would have limited the disruption to competition.