THE European Investment Bank (EIB) is to increase its loan to PKP Intercity for a fleet of 250km/h Pendolino emus from the €224m originally agreed in July 2011 to €342m. 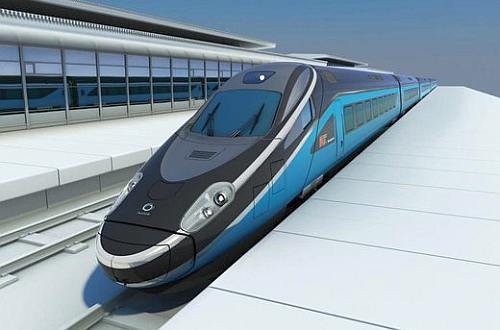 This means the loan now covers more than half of the €665m cost of the new trains, with the remainder coming from the European Union's Operational Programme Infrastructure and Environment.

PKP Intercity awarded Alstom a contract in May 2011 to supply and maintain 20 seven-car Pendolino sets, which will have a maximum speed of 250km/h and accommodate up to 402 passengers. The non-tilting trains will be equipped with ERTMS together with Polish, Czech, Austrian and German signalling systems, and will be capable of operating under 15kV ac, 25kV ac electrification as well as the standard Polish 3kV dc system.

Deliveries will begin next year and the trains are expected to enter service on Warsaw – Gdansk and Warsaw – Krakow/Katowice services from December 2014. The trains will also be used on services from Warsaw to Gliwice via Katowice, Wroclaw via Opolde, and Rzeszow via Tarnow.

Alstom will maintain the fleet for a period of at least 17 years at a purpose-built depot at Warsaw Grochow.