THE European Investment Bank (EIB) has agreed to provide the German state of North Rhine-Westphalia with a €340m long-term loan to finance the fleet of regional EMUs ordered for the Rhine Ruhr Express (RRX) network, which will be launched in December 2018. 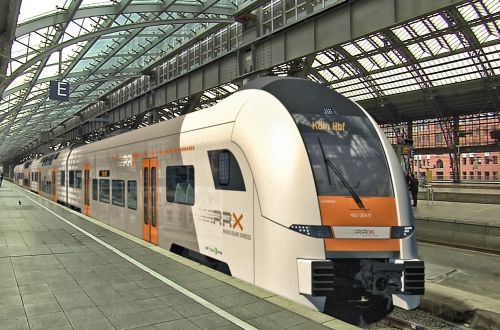 The five-line RRX network is intended to bring a consistently high-quality fast regional rail service to Germany's most densely-populated region, with trains running at 15-minute intervals on the core Dortmund – Cologne line.