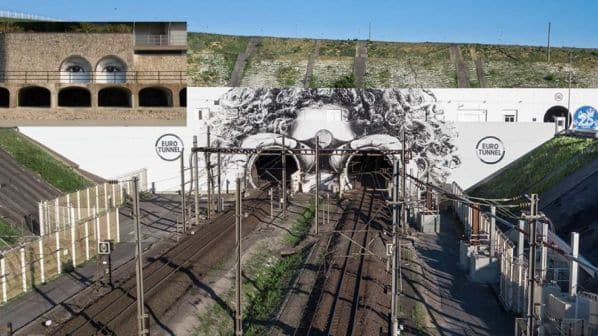 Eiffage is now the largest shareholder in Getlink, operator of the Channel Tunnel.
Photo Credit: Getlink

CIVIL engineering company Eiffage has announced that it has become the largest shareholder in Getlink, the company that built the Channel Tunnel and holds the concession to operate it until 2086, after acquiring 13.71% of Getlink’s share capital for €1.19bn, or €15.84 per share.

Eiffage acquired the latest shares from TCI Fund Management and, along with the 5.08% stake it acquired in 2018, now holds 18.79% of Getlink, making it the concessionaire’s largest shareholder. Eiffage financed the purchase from available cash.

The block purchase is part of Eiffage’s strategy to diversify its concession portfolio in its target transport infrastructure markets. The company says it supports Getlink’s current strategy and will seek the appointment of a number of directors as allowed by its increased stake in Getlink.

Were Eiffage to sell its new block of shares with 18 months of acquiring it, part of the capital gain would need to be paid back to TCI Fund Management.

However, Eiffage has indicated that it does not plan to make a public offer for the remainder of Getlink and says it intends to remain a long-term investor in the Channel Tunnel concessionaire, reserving the right to purchase more shares depending on market conditions.

Eiffage, which is the third largest company of its type in France, was a civil engineering contractor for the Channel Tunnel. It is currently involved in construction of the 57.5km base tunnel forming part of the new line between Lyon and Turin, which would become the world’s longest rail tunnel when completed.

Eiffage is also executing tracklaying, electrical, ventilation and project supervision contracts for the Grand Paris Express metro project in the Ile-de-France region and is the concession and maintenance company for the high-speed line which opened in 2017 between Le Mans and Rennes.