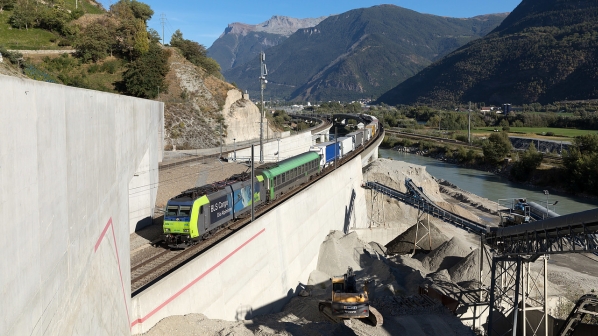 Passenger figures were slightly higher, by 0.7%, with 29.5 million passengers travelling a total of 501.2 million km. The increase was mainly due to higher passenger figures on the Simplon line between Brig and Domodossola, where BLS took over regional operations at the end of last year, on average trebling the number of daily services.

The car-shuttle train service also showed satisfying growth with a total of 674,000 cars carried, 12.7% more than a year ago, mostly as a result of the new service between Brig and Iselle. However, BLS expects figures to be lower in the second half due to refurbishment work on the tunnel on the Lötschberg mountain route, which means fewer car shuttles can operate between Goppenstein and Kandersteg.

BLS continued to carry large volumes of freight traffic on its network in the first half of 2018, despite a drop of 5.2% from 1.16 million to 1.1 million. Its Lötschberg axis carried as much freight as the Gotthard route, which according to BLS shows that it is necessary to have two equivalent axes to be able to cope with the amount of freight rail is carrying.