THE European Union (EU) will allocate Lats 400m ($US 752m) towards a programme to electrify Latvia's railway network, according to a statement issued by the Latvian Ministry of Transport. The Ministry says that the work is scheduled to begin by the end of this year and will last up to 2020. 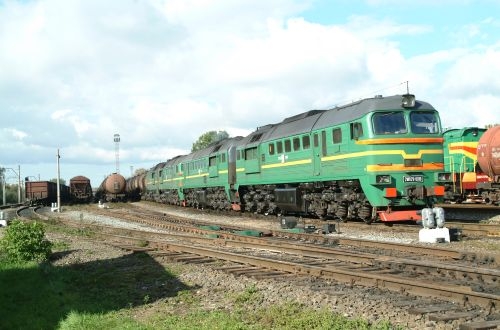 The project is expected to include electrification of Riga's suburban network as well as lines towards Ventspils, Jelgava, Krustpils, Rezekne, and Daugavpils. The European Commission selected these lines because they are potentially the strongest routes for freight traffic.

The electrification programme will require Latvian operators to spend a total of Lats 800m on replacing rolling stock.

LDz Cargo carries around 75% of Latvia's railfreight traffic, predominately using diesel locomotives, and says that it will require Lats 500m to replace its diesel fleet. However, due to competition laws, it will not be able to raise these funds from the state or from loans from European banks.

Mr Ayia Pocha, electrification project manager at LDz Cargo, says that by replacing the old locomotives the company will save money on fuel and these funds could be spent on upgrades. However, the company says it would be able to complete the investment using its own funds by 2030, but will require loans to meet the 2020 deadline.