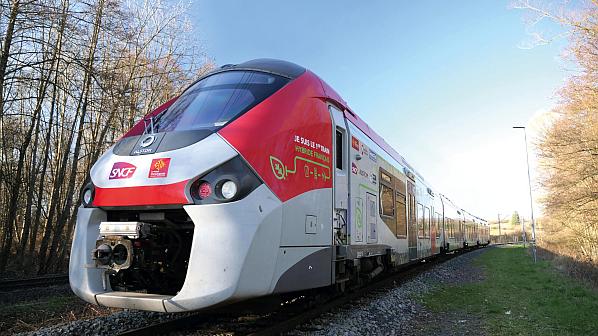 THE European Commission (EC) has approved the sale by Alstom of the Coradia Polyvalent platform, including its production site in Reichshoffen, France, and of the Talent 3 platform to Spanish rolling stock manufacturer CAF.

Divestment of the Coradia Polyvalent and Talent 3 platforms was a condition set by the EC when it authorised the acquisition of Bombardier by Alstom in 2020.

CAF still needs to be approved by the EC as the purchaser, but the commission says that it has concluded that the sale would not raise competition concerns, given that the parties concerned have a limited market share, are not close competitors and continue to face credible competition.

The Coradia Polyvalent is a mainline design available as an EMU or a bi-mode train, capable of operating at up to 160km/h in its regional variants and up to 249km/h on inter-city duties.

Currently manufactured at Alstom’s Hennigsdorf and Bautzen sites in Germany, the Talent 3 is a regional EMU capable of operating at up to 160km/h.

A further condition of the Bombardier acquisition was the transfer by Alstom of Bombardier’s contribution to the V300 Zefiro high-speed train to Hitachi Rail. Alstom expects this transaction and the sale of the Coradia Polyvalent and Talent 3 platforms to CAF to achieve financial close in the first half of 2022-23.