The aid was approved as the collapse of the operator would have had serious consequences for travel in Poland. 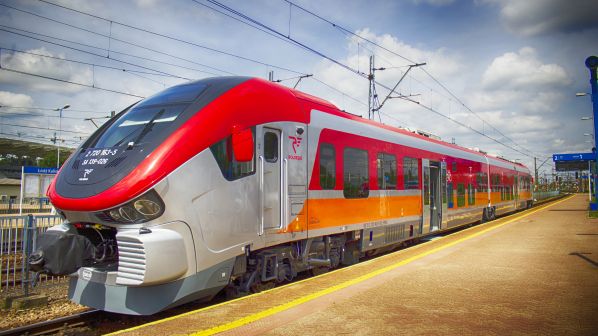 THE European Commission (EC) has concluded that measures to support the restructuring of Polish Regional Railways, the largest regional passenger rail operator in Poland, were in line with EU state aid rules.

Polish Regional Railways is the sole provider of public passenger rail transport in seven out of Poland’s 16 regions, However, the company, which is majority owned by the state-owned Industrial Development Agency, has been experiencing financial difficulties.

The commission opened a formal investigation in January 2018 after the Polish government proposed restructuring aid worth Zlotys 770m ($US 203.8m) in 2015. The investigation also covered previous state aid, including:

The commission assessed the restructuring measures under the Treaty on the Functioning of the European Union (TFEU), which enables member states to grant state aid to facilitate the development of certain economic activities or of certain economic areas, subject to certain conditions.

The commission found that the measures were both proportionate and necessary to ensure the viability of Polish Regional Railways, as the collapse of the operator would have had serious consequences for travel in Poland.

In its assessment, the commission took into account the importance of a well-functioning regional rail service for the Polish population, which is essential to provide connectivity and enable commuting.

It also considered that the Polish regional passenger rail transport sector is, in certain respects, different from other economic sectors, in particular because it provides an important public service in a market that is generally underfinanced and not yet fully open to competition both domestically in Poland and at an EU level in general.

Under the Fourth Railway Package, member states will have to stop directly and unconditionally awarding public service contracts in the regional passenger rail transport sector by December 25 2023.

In order to limit the possible negative effects of the aid on competition, Poland has committed to accelerating the shift away from this practice and to complete this process earlier than required. Poland has also committed to already start gradually opening the market via public tendering.

On this basis, the commission considered that the positive effects of the measure outweigh its possible negative effects on competition and approved the measures under EU State aid rules.

“Our investigation showed that the Polish restructuring aid measures in favour of Polish Regional Railways were necessary and proportionate to ensure that the company could continue operating,” says EC executive vice-president, Ms Margrethe Vestager, in charge of competition policy. “This avoided serious disruptions in the provision of regional passenger rail transport and ensured connectivity in Poland. At the same time, the possible negative effects on competition brought about by the public intervention will be limited by Poland’s commitment to accelerate the opening of the Polish regional passenger rail transport sector to competition.”