EUROPEAN railfreight reported negative results in terms of transport performance and profits in 2013 and with the weak economic situation continuing, performance remains someway off matching the pre-economic crisis high of 2007. 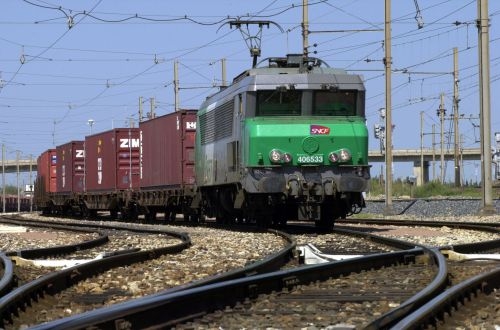 These are the findings of German consultancy SCI Verkehr's "European Railfreight Transport Market 2014" study in which it states that following a catch up in 2010 and 2011, and despite high expectations, further improvements to performance have not materialised. The market volume amounted to €17bn in 2012, a 5% decrease on 2011 and this figure will not be exceeded in 2013 in a market that SCI Verkehr describes as "volatile."

It says that performance at some railfreight companies has shrunk so dramatically that returns to pre-crisis levels will not be achieved in the long-term. In addition restructuring programmes by various transport companies have not yet achieved a significant turnaround in transport performance or profits.

Fret SNCF and Trenitalia Cargo have taken steps to address their respective declines but have not yet returned to profit, while attempted privatisations among Eastern Europe operators including CFR Marfa, HZ Cargo and BDz Cargo have failed. PKP Cargo did recently successfully float on the Warsaw Stock Exchange and has recorded positive and improving results in the last two years, as has DB Schenker. Rail Cargo Group reported a positive Ebit in 2012 following a loss in 2011, while Fret SNCF, Trenitalia Cargo, SBB Cargo and Green Cargo all reported negative but improving results.

SCI Verkehr says sluggish economic conditions in Europe and fierce intermodal competition, which includes predatory pricing from road transport companies, is contributing to these results. However, it does say that there is substantial potential for a turnaround by modernising company structures, internal activities and processes, and size optimisation through company mergers and alliances.

In its forecasts of performance up to 2020, SCI Verkehr's index base case estimates a return to pre-crisis levels by 2020, while the upside case projects a return by 2016. However, the downside case forecasts only a return to 2010 levels by the end of the decade.