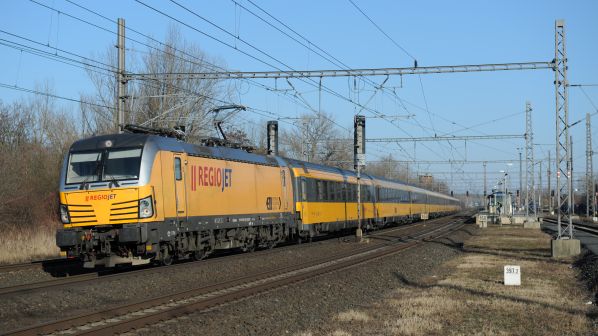 PRIVATE operator European Sleeper says all shares offered to prospective investors on May 27 were reserved within 15 minutes by more than 350 investors.

The sale announced on May 19 raised the €500,000 in seed capital necessary to establish sales, marketing and customer service operations for European Sleeper’s Brussels - Amsterdam - Berlin - Prague overnight service, which it will launch in cooperation with RegioJet on April 22 2022.

The company says the interest was so overwhelming that it is now considering accelerating the implementation of plans to expand beyond its initial route and purchase its own rolling stock. “It is obvious that travellers in Europe desire to travel by night train and there is broad support for new initiatives,” the company says.

The company set three tiers for prospective investors: Fans, with a starting investment of €250; Ambassadors, for investments of €5000 and above; and Founding Investors, for investments of €100,000 and above. Entry into the latter two categories will establish investors as members of a cooperative, granting access to the shareholder’s general assembly and the right to vote at European Sleeper’s shareholders meeting.

In addition to its inaugural service, European Sleeper and RegioJet are planning to launch a joint overnight service from Belgium and the Netherlands via Berlin to the Polish capital Warsaw in December 2022 or earlier if possible. An application for track access has already been submitted to Polish rail regulator UTK.