Eurostar in discussions over government rescue ahead of cash crunch

The company says discussions need to be finalised by next month. 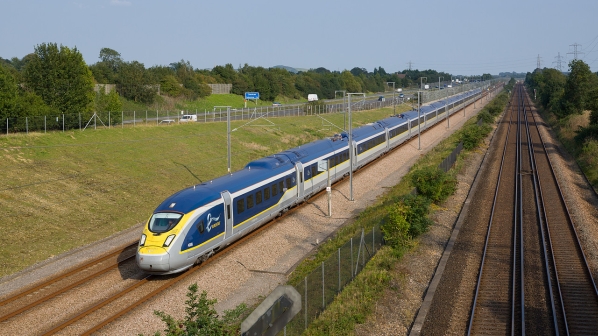 EUROSTAR is in advanced discussions with the British and French governments ahead of a potential credit crunch in May or June, the Financial Times reports.

Mr Jean-Pierre Farandou, the CEO of French National Railways (SNCF), a 55% shareholder in Eurostar, told the newspaper that discussions would need to be finalised by the end of April in order to keep the operator afloat.

FT previously reported that Eurostar is losing around £500m a year due to the Covid-19 pandemic. The operator has only been carrying 5% of its normal passenger traffic since April 2020.

Britain’s secretary of state for transport, Mr Grant Shapps, dashed hopes for a British-led financial rescue package last month when he told the House of Commons Transport Committee that Eurostar is “not our company to rescue.” The British government sold its 40% stake in Eurostar in 2015 for £757m to Caisse de dépôt et placement du Québec (CDPQ) and Hermes Infrastructure.

Eurostar has only received staff furlough payments while airlines, its main competitors, have received substantial financial support from the British and French governments. Eurostar has been asking for a €60m loan through the UK Export Finance facility, which was set up to businesses following Brexit, FT reports. EasyJet and British Airways have already received UKEF backing for loans worth more than £3bn since December.

“I’m fed up with both governments,” Eurostar chief executive, Mr Jacques Damas, told the FT, adding that both the French and British governments had been waiting for the other to step in.

Following the announcement that a remedy package for Eurostar was under discussion, the Alliance of Passenger Rail New Entrants (AllRail) issued a statement calling for conditions to balance competition to be included in the deal.

The association pointed to the launch of SNCF’s low-cost high-speed Ouigo service in Spain, which will involve a €600m investment over the long term.

“AllRail is in favour of state aid to help Eurostar, but there must be strict competition remedies,” the association says. “For example, SNCF must give independent operators equal access to the usable second hand TGV and Eurostar trains - such as the ones it supplies to its subsidiary Ouigo - at fair, reasonable and non-discriminatory commercial terms.”