EUROSTAR described its performance in 2012 as "strong" following an increase in profits and growth in passenger ridership on its services between London, Paris, Brussels and southern France. 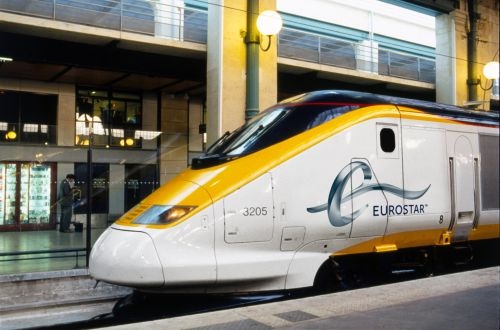 Operating profit was £52.3m in 2012 up from £25m in 2011, a result Eurostar says was due to an increase in passenger volumes combined with cost management initiatives implemented across the business. Sales revenues down slightly at £799m compared with £803m in 2011. However, fluctuations in exchange rates had a major impact on these results. At a constant €1.15 rate, sales revenue would have increased by 5%.

Passenger numbers for the year ending December 31 2012 increased by 2% year-on-year to 9.9 million, underpinned by a 5% increase in the fourth quarter due to a boost from the London Summer Olympic Games. Indeed, while business traveller numbers remained flat, leisure travellers increased by 3% compared with the previous year. Growth of passengers from outside of the EU was particularly strong with an 8% increase reported with Eurostar citing the impact of its marketing campaign outside of the EU during the year.

The company's £700m investment in a new fleet of trains remains on course for delivery in 2015, while several new services are being launched in 2013: a new partnership with TGV Lyria is offering a weekly service between London and some of Switzerland's most popular ski resorts, while a new service from London to Lyon and Provence will begin on a trial basis this summer.