Faiveley to sell US brakes business to Amsted

FAIVELEY Transport announced on October 26 that it will sell its US freight wagon braking business to Amsted Rail as a condition of the company’s planned $US 1.8bn acquisition by Wabtec. 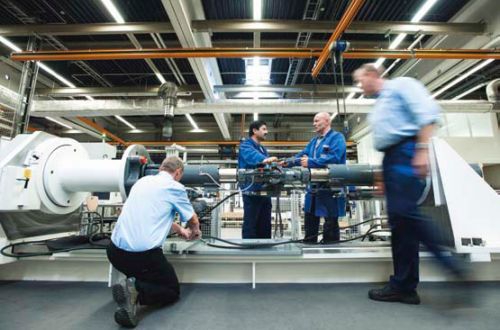 THE US Department of Justice (DOJ) has filed a proposed consent decree with the US District Court in Washington D.C. approving the sale of Faiveley, conditional upon the disposal of certain US assets. Faiveley says terms of the sale have already been agreed with the buyer and approved by the DOJ.

Faiveley’s US subsidiary Ellcon National formed a joint subsidiary in September 2010 to supply equipment for the freight wagon market in North America.

Earlier this month the European Commission approved the planned acquisition on the condition that Faiveley divest itself of its sintered brake material supplier Faiveley Transport Gennevilliers (FTG).