First’s payment of approximately £6m is around £50m less than expected. 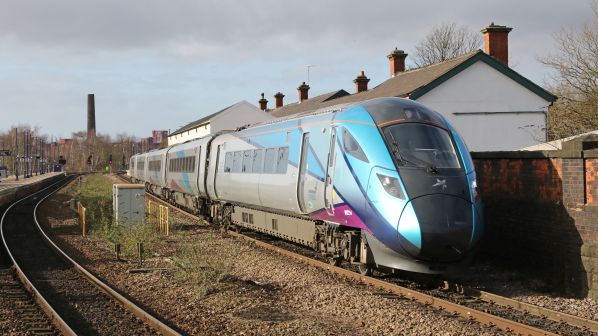 FIRST Group and Britain’s Department for Transport (DfT) have agreed a termination fee of around £6m for the TransPennine Express franchise agreement, around £50m less than the operator assumed.

The payment is a condition of the Emergency Recovery Measures Agreements (ERMAs) put in place by the DfT in September to enable train operating companies to continue to provide a service to passengers while ridership remains suppressed due to the Covid-19 pandemic.

The ERMAs effectively spelt the end of the franchising system. The DfT and operators subsequently worked together to decide what, if any, payment was required to terminate the franchise agreement and begin discussions over a directly awarded National Rail Contract (NRC).

The NRCs will replace the ERMAs and act as a precursor to a new operations model, the details of which will be revealed in a long-awaited government White Paper that will respond to the recommendations of a report by Mr Keith Williams, which is expected to be released later this month.

The £6m payment is in addition to the £42.5m First has paid into the operating company. As of March 31, £80m remained of First’s contingent capital exposure to the TPE contract. Following the agreement on May 11, this impairment provision will be released and credited to the income statement as an adjusting item in the company’s accounts up to March 31 2021.

The DfT has extended TPE’s ERMA term until September 19 2021, although First says it is working with the DfT to introduce an NRC ahead of that date.

The Emergency Measures Agreement (EMA), introduced in March 2020 at the start of the crisis, for Great Western Railway (GWR) has already been extended until June 2021, with a direct award contract running until June 2023, which includes an option for a year-long extension. No termination sum is required because the franchise was renewed during the pandemic.

“We welcome this agreement with the DfT, and are continuing to discuss a long-term NRC for TPE which will focus on passengers and operational performance, with a more appropriate balance of risk and reward,” says Mr Matthew Gregory, First Group chief executive. “We are working closely with the government and our other partners to ensure that TPE continues to provide the safe and vital services that are essential to communities across the North of England and Scotland.”

The May 2021 edition of IRJ includes an in-depth analysis of the current state of Britain’s passenger rail market, including exclusive insight from Steve Montgomery, managing director of First Rail. The article is on page 24 of the print and digital editions.