FIRSTGROUP, Britain, has reported a loss of £290.9m for the year ending March 31, after recording a profit of £116.1m for the previous year. 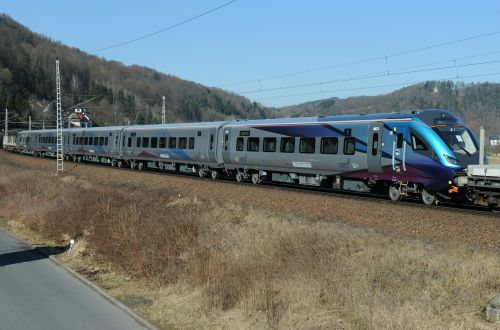 A loss from the Transpennine Express franchise led to an overall loss of FirstGroup's rail division.

In 2018, revenue from the FirstGroup rail division increased to £1.9bn, up from £1.2bn in 2017, reflecting the inclusion of the SWR franchise in August 2017. Like-for-like passenger revenue grew 4.1% while passenger volumes grew 1.4%, in part reflecting a shift away from season ticket purchases and the way these are recorded by the industry in volume statistics.

Adjusted operating profit for the rail division was £57.8m, up from £53.8m in 2017, representing a margin of 2.9%, down from 4.2% in 2017. Rail profitability was driven by GWR and a solid part-year contribution from SWR, despite its operating challenges, which was partially offset by an operating loss of £6.5m at TPE in 2018. Hull Trains performed well despite also experiencing some operational challenges with its trains.

FirstGroup said it has taken the decision to provide for forecast losses of up to £106.3m over the remaining life of the TPE contract, based on analysis of the impact of the continuing industry-wide slowdown in growth on the financial assumptions it made in its bid.

FirstGroup also noted “considerable uncertainty” about the level of passenger revenue growth across the SWR franchise, along with the future impact of industrial action and uncertainty about the level of strike amelioration recoverable from the Department for Transport, who it remained in negotiations with.

Updated financial forecasts until the initial franchise end date of August 17 2024 found FirstGroup has an onerous contract which is estimated to result in losses of £145.9m. FirstGroup’s 70% share, a loss of £102.1m, has been charged to the income statement.

FirstGroup also announced that is looking to divest its First Bus division, either through a sale or by other means, following the announcement of plans to sell the Greyhound services.