FRANCE and Spain took control of the international high-speed rail link between both countries on December 21 after the contract with concessionaire TP Ferro was terminated following the company’s liquidation in September. 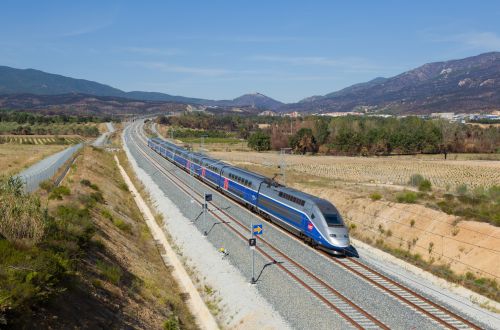 TP Ferro, which is owned by construction firms ACS and Eiffage, entered into receivership in late 2015 after declaring a total debt of €560m with creditors, including several distressed securities funds, and after registering less than a third of the traffic projections calculated by the company in 2003, when the 50-year concession was awarded.

A Girona court decided in September 2016 to liquidate TP Ferro, and in order to avoid a final failure of the undertaking and the interruption of cross-border traffic, both countries have now stepped in to continue daily operations on the corridor. The build-operate concessionaire was also denied any compensation by both governments.

According to a new convention signed by governments in Paris and Madrid, the mixed traffic, high-speed line is now operated by Linea Figueras Perpignan, an SNCF Network-Adif joint venture formed last October under Spanish law. The company is based at the Spanish infrastructure manager's headquarters and is headed by Mr Miguel Miaja Fol, Adif’s current general financial and corporate director.

The new company is responsible for all operation and maintenance activities previously carried out by TP Ferro and has absorbed the concessionaire’s staff of nearly 90 people. As a result of this, high-speed and freight operations on the line were largely unaffected during the Christmas period.

Mr Alain Vidalies, France’s transport secretary, says the concessionaire was repeatedly reminded that it was responsible for all risks relating to the project which were transferred to it by the concession contract, according to the French and Spanish law.

“It was up to the shareholders and creditors of TP Ferro to reach a restructuring agreement to allow the concessionaire to continue its activity,” Vidalies says.

The new contract will have an initial duration of four years and French and Spanish governments have allocated a total of €11.7m for the joint company, of which €1.7m will cover the transfer of operations, while the company will receive a maximum €2.5m annual appropriation.

The 44.3km Figueres - Perpignan line is the only standard gauge link between France and Spain and was opened in December 2010 for cross-border rail freight traffic. Barcelona - Paris and Madrid - Marseille high-speed passenger services began in early 2013.

The failed concessionaire is now expected to press ahead with efforts to secure compensation from France and Spain before an international arbitration court claiming that both government’s failed to construct the “necessary infrastructure to effectively develop a high-speed rail network connecting France and Spain.”