Funding for 130 locomotives agreed during President Macron’s visit to Ukraine. 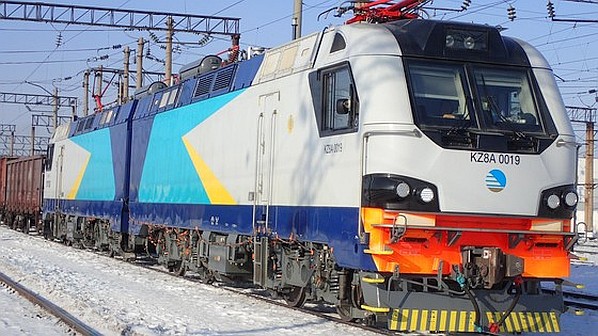 Prima T8 locomotives are already in use in Europe.
Photo Credit: Alstom.

THE French and Ukrainian governments have signed an agreement to lend or finance around €750m of a planned order for 130 Alstom 120km/h Prima T8 electric locomotives for Ukrainian Railways (UZ), or around 85% of the total cost.

The French government has agreed a 14-year €350m loan from the French Treasury and a syndicate of banks and is providing €400m via its Bpifrance Assurance export credit agency. Ukraine will pay the balance of the contract value, which is €150m.

The contract can now be finalised, and Alstom has told local media in Ukraine that it expects the contract to be signed by June.

Alstom will build 50 25kV ac locomotives and 80 dual-voltage 3kV dc/25kV ac units. The majority will be constructed at Alstom’s Belfort facility in France with some final assembly in Ukraine. Delivery is expected to take six years. A 40-year maintenance agreement is also under discussion.