ITALY’s transport and infrastructure minister, Mr Graziano Delrio, has issued a decree for Italian State Railways (FS) to take over South East Railway (FSE), which has been in financial difficulties for some time. 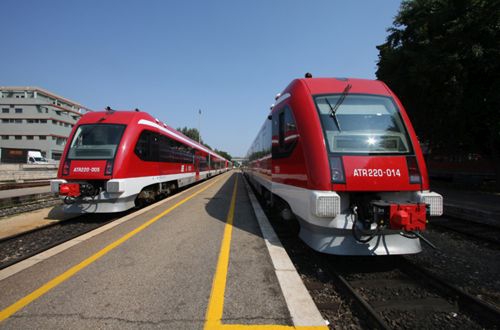 FS now has until September 10 to inform Italy’s Competition and Market Authority about the takeover. Once FS receives approval it must take responsibility for FSE’s €200m debt and present an industrial recovery plan by December 31.

FSE is a public company and is the second largest railway after FS, which is also state owned. FSE operates a 474km standard-gauge railway network as well as buses in Puglia serving Bari, Taranto, and Lecce.

Dr Andrea Viero was appointed commissioner of FSE in January to try to sort out the railway’s financial problems while Delrio granted it €70m through the National Stability Law to help it avoid bankruptcy, and Deloitte was brought in to audit the company’s accounts.

In May FS CEO Mr Renato Mazzoncini showed interest in taking over FSE as part of a strategy to take over other independent railways in Italy. FS believes a national state-owned rail network would benefit from having harmonised technology, access to more investment funding and better strategic planning. The appalling accident in Puglia in July only strengthens FS’ case.