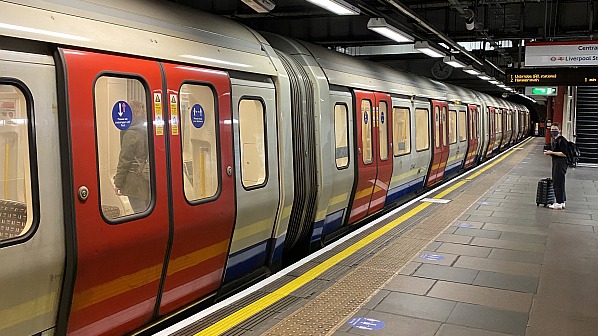 THE British government and Transport for London (TfL) have agreed a fourth funding package which will last until June 24. However, there are conditions attached including TfL demonstrating how it can raise an extra £400m either through additional revenue or cost savings.

The agreements takes government support for TfL to almost £5bn since the start of the pandemic. TfL is the local government body which manages public transport in the British capital including London Underground, London Overground, Docklands Light Railway, TfL Rail and Croydon Tramlink. TfL’s funding must cover all its operations, and 72% of income is provided by fares.

The fourth funding package comprises an Extraordinary Support Grant of £200m that will be paid in three instalments commencing on April 29. In recognition of the relaxation of Covid-19 restrictions, TfL says that the Department for Transport (DfT) has recognised that the current circumstances continue to present ongoing financial challenges, and because of uncertainty in TfL’s ability to predict future passenger revenue, the DfT will top up revenues with additional grant payments if they are lower than a pre-determined passenger revenue forecast.

TfL must also deliver a plan by March 31 that demonstrates the options that exist to achieve up to £400m of additional revenue or cost savings in 2022-23, in addition to delivering the previously agreed operating cost savings for the 2021-22 financial year. These will be considered and confirmed following a review of TfL’s 2022-23 budget.

TfL must also maintain cash reserves of an average of £1.2bn for the duration of the latest funding agreement. If the cash balances rise then grant payments may, subject to consultation, be varied and/or deferred until such time as the balances return to an average of £1.2bn. Should the cash balances at the end of the funding period exceed £1.3bn there will be a process to adjust final payments made by DfT to TfL to account for this.

The DfT has also stated a willingness in the short and medium term to provide grant funding for renewals and enhancements and will work towards an agreement for long-term capital support. There is an expectation that this agreement will be reached by March 31.

London transport commissioner, Mr Andy Byford, welcomed the funding but said that the government and TfL must achieve a longer-term funding settlement that would ensure a period of “managed decline” of the city’s transport network would not happen.

Secretary of state for transport, Mr Grant Shapps, tweeted that it was now time for the mayor of London, Mr Sadiq Khan, to follow through on his promises to keep TfL on the path to financial sustainability by 2023 in a way that is fair to taxpayers across Britain.

This funding package follows short agreements which expired on December 18, February 11 and 18.

An interview with TfL chief operating officer Andy Lord was published in the January 2022 edition of IRJ. Digital subscribers can read it here.