WITH Alstom's board set to meet on Monday at the latest to reach a decision on the takeover of its power division, both General Electric (GE) and Siemens-Mitsubishi Heavy Industries (MHI) have improved their offers in an attempt to address concerns and get their respective deals over the line. 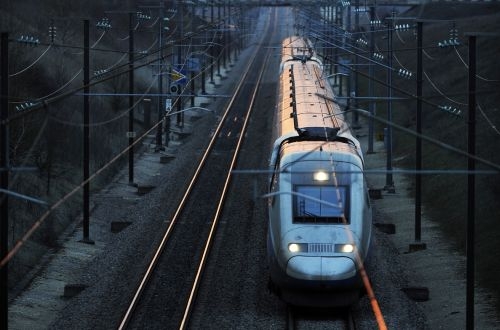 GE acted first on Thursday to appease the French government and union's worries over jobs by offering to create 50:50 joint ventures in grid, nuclear and renewable assets. GE says it has also signed a memorandum of understanding with Alstom to boost its remaining transport activities by selling its signalling business to Alstom and allowing Alstom to enter collaborative pacts for services, technology, manufacturing and support in the United States.

Under its plan GE would acquire all of Alstom's gas turbine division, which accounts for around a third of its revenue from power. GE says its valuation of Alstom's power assets remains unchanged at €12.4bn but that the cash element of its bid would be reduced because it is buying fewer elements outright. It has also committed to create 1000 jobs in France.

"We have reached agreements with Alstom's management that will create an alliance between our companies in both spirit and practice," says GE chief executive Mr Jim Immelt, who is set to meet French president Mr François Hollande today. "It creates jobs, establishes headquarters decision-making in France and ensures that the Alstom name will endure."

Siemens and MHI officially announced their revised offer this morning. The parties have increased the cash element of the bid by €1.2bn to €8.2bn, raising their valuation of Alstom's energy business to €14.6bn. MHI also intends to buy a 40% stake in Alstom's combined steam, grid and hydro businesses rather than its original offer to set up three separate joint ventures, and will increase its cash contribution by €800m.

Siemens is contributing a further €400m and in addition to its letter of intent to explore creating a European railway champion, Siemens says it has offered to enter immediately into a joint venture in "mobility management" including railway signalling with Alstom.

"The specified proposal continues to preserve Alstom's current perimeter in almost all of its activities, enhances its industrial sustainability, and strengthens its financial structure," Siemens said in a statement. "Such [a] proposal is superior industrially, financially and socially."

According to The Financial Times, the French government viewed the Siemens-MHI bid as having a "slight advantage" because their proposal was based on forming a partnership with Alstom, not a takeover. However, the official said that if the GE offer "ticked the sovereignty box," the bias would shift because its proposal was more straightforward to implement and was favoured by Alstom's board.

There are concerns at Alstom over MHI's long-term intentions for the steam turbine business and whether MHI would merge them with existing operations. Alstom is said to be leaning towards the GE offer, in part due to concern that MHI may veto any future tender bids which competed directly with its own interests.

The French government, which now holds the right to veto any deal, is set to state its preference over the weekend before the Alstom board meets on Monday.