Passenger numbers are recovering as restrictions are eased. 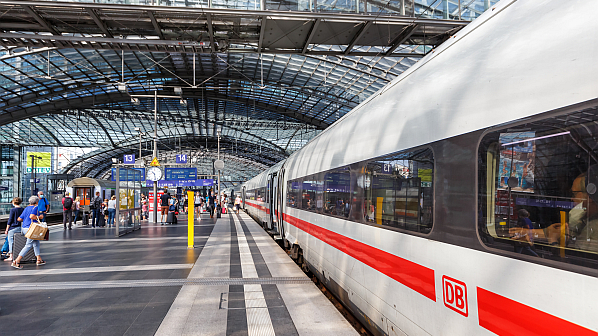 Regional rail passenger numbers are down 24% in the first half of 2021 compared with the first six months of 2020, with tram and metro usage down 23%. Local bus passenger numbers were only down 10%, although these may be skewed by large numbers of children not attending school in different parts of each period, reducing the total for both years.

Long-distance rail carried 28 million passengers in the first half of 2021, down 54% compared with the same period in 2020. Information from operators and other evidence however shows the recovery has continued strongly over the summer with many ICE and privately-operated trains now operating at full capacity. Barring any further Covid-19 restrictions the full-year results should show growth compared to 2020.

Long-distance buses on the other hand have almost disappeared as a transport mode with only 300,000 passengers in the first half of 2021, down 92% compared with the same period last year. The decision of major long-distance bus operator Flixmobility to increase the number of Flixtrain rail services, partly in response to the German government’s removal of track access fees for 2021, may have hastened the decline in long distance bus passenger numbers.

Other research recently published by Destatis shows that some potential public transport users are looking to hire cars instead. Prices paid for rental cars in Germany increased by 53.4% in the first eight months of 2021; with prices rising  by 35.8% between June and July alone. This increased demand for rental cars may reflect restrictions imposed when using public transport; the use of face coverings remains legally required in all German public transport although the federal government has recently decided not to require proof of vaccination, negative test or recovery as a condition of using rail, as both France and Italy have done. Some open-access operators in Germany have introduced such requirements.