CHANNEL Tunnel operator Getlink reported a growth in revenue and Ebitda for the ninth consecutive time in its half-year results for January to June 2018, released on July 25, helped by an increase in freight transported through the tunnel. 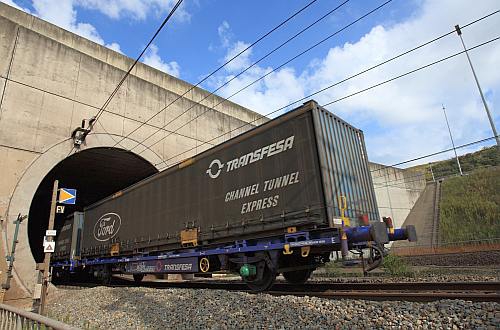 Freight through the Channel Tunnel increased by 12%.

Rail freight carried by DB Cargo, SNCF, GB Railfreight, Rail Operations, RailAdventure, and Europorte increased 12% from 601,237 tonnes in the first half of 2017 to 670,853 tonnes in the first half of 2018. Traffic on Getlink’s own truck shuttles rose 3% to 845,132 vehicles, while passenger cars, including motorcycles, caravans and motorhomes, increased 2% to 1,163,054 vehicles in the same period. However, the number of busses transported decreased by 2% to 27,274.

Eurostar traffic increased 3% across all destinations to 5.2 million passengers, helped by the launch of the London - Amsterdam service on April 4. A record 1 million passengers used Eurostar in June, up 6.6% compared to June 2017, making it Eurostar’s second busiest month ever.

Getlink says the SNCF strikes earlier this year caused an estimated €4.5m negative impact on Ebitda. It also says it is keeping a close eye on Brexit negotiations and remains confident in its ability to implement the arrangements between the Britain and the European Union to guarantee the flow of traffic through the tunnel after March 29 2019.

Getlink confirmed its financial objectives published in 2017 for a consolidated Ebitda of €545m in 2018, and says with the launch of the ElecLink power interconnector through the tunnel in 2020, it expects to exceed an Ebitda of €735m in 2022.