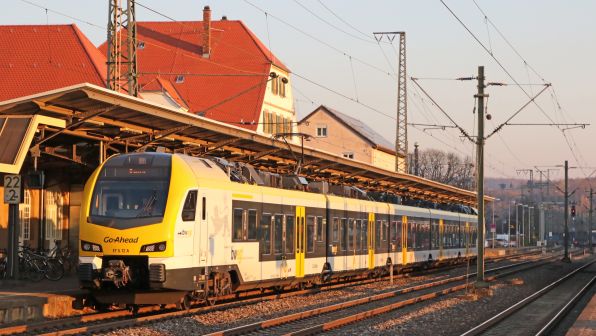 BRITISH transport group GoAhead has published half-year results for six months to January 1 2022 which show group revenue of £1.8bn, down by 13.2% on the prior year primarily due to the end of its Southeastern franchise in Britain in October 2021.

The half-year report states that all outstanding matters relating to the Southeastern franchise, except for the financial penalty, have now been settled with the Department for Transport (DfT).

The DfT has issued a £23.5m financial penalty notice due to breaches of historic franchise agreements. As this is lower than the £30m provision made by GoAhead in its results for the full year to July 3 2021, the company has now taken an exceptional credit of £6.5m.

GoAhead also reported a €10m settlement with Stadler for late delivery of Flirt EMUs for the Stuttgart Network in 2019. GoAhead began operating three routes under a 13-year contract in 2019 and initial performance was badly affected by staff shortages and insufficient availability of the Flirt EMUs.

The settlement, agreed in August 2021, will result in Stadler paying €5m in 2022 with the balance to be provided over the next three years.

GoAhead’s international rail activity remains loss-making but this has been reduced since 2021 largely due to better management of contracts in Germany, where losses fell by £6.8m compared with the first half of 2021.

The company’s 10-year contract to operate services between Oslo and Stavanger in Norway began in December 2019, but as GoAhead takes revenue risk it has performed well below plan due to the pandemic.

GoAhead has benefitted from financial support from the Norwegian government covering 85% to90% of losses, which is due to continue at similar levels until June. Passenger numbers remain lower than before the Covid-19 pandemic although commuter traffic on short-distance routes has returned to 80% of forecast.

In Germany, GoAhead has been awarded two 12-year contracts in Bavaria serving Munich, with the first starting in December 2021 and the second due to start in December 2022. Onerous contract provisions of £89.4m are included in the half-year accounts to cover costs from both the Norwegian and Bavarian operations.

Under the company’s “The Next Billion Journeys” strategy, GoAhead will not undertake any further development in heavy rail in international markets, but instead focus on performance improvements in Germany and Norway.