The British company is set to focus on improving the performance of existing contracts in Germany and Norway, but is open to metro and light rail operations contracts in selected markets under new strategy presented on April 5. 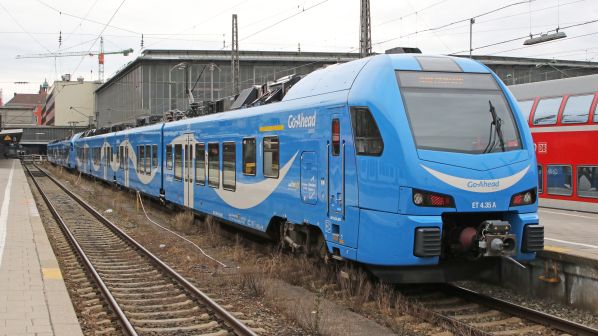 BRITISH transport group GoAhead will no longer seek to expand its presence in international heavy rail markets, with the focus instead on improving the performance of its existing German and Norwegian operations.

GoAhead will also not invest in long-distance open-access rail operations or in the United States. However, it is open to tendering for operation of other urban mass-transit transport services, in particular metro and light rail.

These new positions are presented in the group’s “The Next Billion Journeys” strategy, presented to analysts and the media on April 5. The strategy is the result of a strategic business review undertaken in the context of major financial problems at its former Southeastern rail franchise in Britain and substantial financial provisions made for additional costs and underperformance of rail activities in Germany and Norway.

GoAhead identifies its key source of future growth as regional bus in Britain, London bus operating contracts let by Transport for London (TfL), and the promotion of “an attractive passenger service contract business model in UK Rail.” Noting that the market for contracted operation of public transport is growing, with most growth in Europe, the company says it will “replicate successful contracted business models” as seen in London, Dublin and Singapore in selected international markets “by exploring partnership opportunities where appropriate.”

Overall, the strategy aims for the company to improve performance, grow organically and develop new business opportunities by leveraging existing capabilities and resources. GoAhead is aiming to increase revenue by 30% in the medium-term from around £4bn in 2021 as well as increase annual operating profit to at least £150m and to resume the payment of between 50% and 75% of earnings per share as dividends from fiscal year 2022. The company is also aiming to maintain net debt at current levels - or 1.5 and 2.5 times Ebitda - and to reduce carbon emissions by 75% by 2035.

GoAhead began operation of three 13 year-long regional rail contracts centred on Stuttgart in 2019 with initial performance marred by shortages of personnel and trains. The company’s 10-year Norwegian contract began in December 2019, covering services between Oslo and Stavanger. The contract includes revenue risk and has consequently performed badly due to the pandemic. Two more 12-year German contracts in Bavaria serving Munich have been signed. The first began operation in December 2021 with the second due to start in December this year.

GoAhead remained profitable in 2021 despite the substantial cost of the Southeastern franchise’s financial irregularities and a £27.6m loss from rail activities in Europe, which followed a loss of £44.6m in 2020. London bus operations and the GTR rail contract in Britain were responsible for 90% of the group’s profit.

The strategy’s financial projections forecast no profit contribution from the German and Norwegian rail contracts over the medium term.